Wendell Potter speaks out, former health insurance executive speaks out.  He stated if the industry had kept their word, he wouldn’t be here now.  While employed there, he said he really didn’t get it and toward the end started beginning to question what was going on.  For a little flash back in the 2nd video he brings a few slides back from Sicko.  Just a couple weeks ago he testified in front of the US Senate.

When he took a trip and saw doctors set up to take care and see patients in “animal stalls” it all began to hit home when visiting in Tennessee.  With the tents he noticed there was no privacy for the patients and very long lines of patients waiting to be treated with many driving miles to be seen.  He said he had been out of touch and totally insulated.  The calls with the analysts and numbers were the entire focus he states distracts from the real situation that behind all of this are human lives. 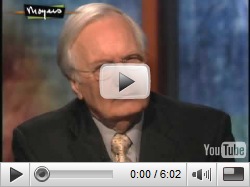 This is part 2 – preview for the entire broadcast to be run on PBS at the links below.  He states we should not fear government involvement with healthcare and states Sicko should have had a much broader impact with the reality it brought to the screen.  BD 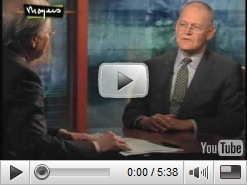 Health insurance companies vs. Michael Moore. Bill Moyers interviews former health insurance industry executive Wendell Potter, who left the field after almost 20 years to become a health reform advocate. Check out Potters take on the campaign against Michael Moores film Sicko and tune in to Bill Moyers Journal, Friday, July 10, 2009 at 9PM on PBS (check local listings http://www.pbs.org/moyers/journal/abo... for his experiences inside the health insurance industry, their work fighting a public option, and the insurance companies close ties to Washington. The entire interview will be available after broadcast at http://www.pbs.org/moyers .

Senate Testimony – Insurers Confuse Consumers and Dump Those Who are Sick, a Wall Street Run System

How Similar is Wall Street to the Health Insurance Business