I think I like writing on this topic and only because it would stand to be a huge improvement for all.  Part of the problem is that with competing with businesses and Wall Street algorithmic processes, they are behind the 8 ball without having some of 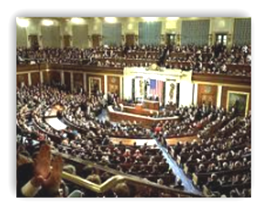 the 2 second search capabilities.  I keep reading up on what’s happening here with the 70 server cluster and machine learning capabilities.

When you stop and think that everyone in the room would see the same thing at the same time it would allow for independent thinking from everyone.  The lobbyists are not going away but when they are presented with better intelligence and preparedness with lawmakers, well that will change the picture.  If lawmakers did not have to send out inquisitions via snail mail and go through some of the “paper” processes we see now they would be miles ahead. 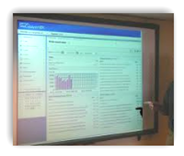 computing at their finger tips, and everyone seeing the same thing either on big white boards or ported to mobile devices, there’s no she said he said talk to waste time.  With raw data and statistics and the ability to model just think of what some of the outcomes would be for laws created.  They would have a heads up and everyone would see the same thing.  Now we still have interpretations and then that is where “intelligent” debates come in, but heck this is a lot better than only having the information from the lobbyist to go by and perhaps some support from GOA as they do a good job but they don’t have this massive computing power either.  Have you seen the extraordinary computing power that DOE has?  DOE leases out computing power to other 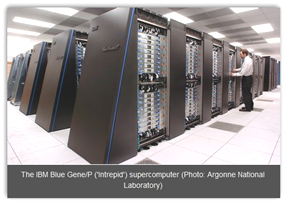 Thank goodness DOE doesn’t think like Congress and sees more than a game of Jeopardy here.  You can read the link above and see genomic studies being run on the center too as part of the super power DOE leases out. I didn’t see Congress anywhere waiting in line or asking for help here. Again, everyone complains about lobbyists, well education and technology is how you begin to work on that battle front.  Complaining about them as you can see over the years gets everyone nowhere so let’s add some intelligence to the arena.  Do you know what the 5 richest counties are in the US?  Rachel Maddow posted this up on her news program tonight…4 out of 5 in the DC area…does that surprise anyone?  I don’t know how New Jersey fits in there but perhaps it’s the county that houses all of the Wall Street Servers. 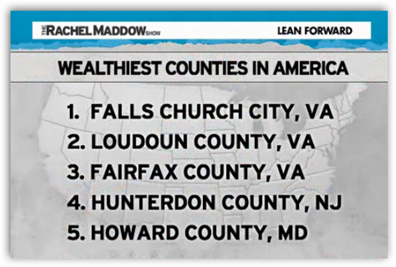 In addition with everyone’s mind thinking a bit more independent with spurring their own processes instead of the one of the party all the time, party alliance and some of the antics and soap operas we see today may also go away.  We won’t get rid of all of them but where additional education and intelligence enters the picture, it will certainly get rid of the bogus ones with no substance.  Do you think Congress could strike a deal with DOE to rent some computing space until they get set up on their own <grin>.

Here’s one example that pertains to healthcare that would have perhaps kept Grassley from initiating with putting Medicare claim information online.  If it were queried and costs associated were seen on a bit white screen, do you think he would have bothered to introduce the bill knowing up front of the millions and huge amounts of time required, probably not and he would have saved face too.

This is what I mean as far as information and having huge amounts sorted and presented in a format in real time that would help all of them and again they would have better conversations with lobbyists and perhaps not always fall prey to their desires and sure the lobbyists are still going to lobby but now the game might get a little tougher to substantiate if Congress goes back and were to use some high powered computing to versify that everything the lobbyist promotes would in fact be accurate.  If not and it was a bribe, well it would be done in front of the rest of the members and well gee, that’s not a good thing and it would be disputed and thus it might just never happen.

For the exact same reason, maybe DOE would rent some room out to the Supreme Court too as they could certainly benefit and they want to be sure they are making the appropriate and legal decisions all the way around. 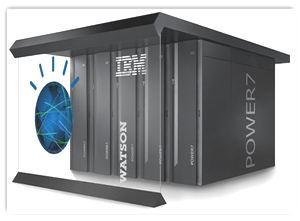 Everyone has mentioned the use of the technology in healthcare and that is fine but I see a burning hole here in Washington first and besides most doctors are already inundated with either learning new software, being beta testers in their own areas.  That is a constant way of life for them anymore.

Tech company lobbyists would not bat an eye at this as they are tech companies and would probably be happy to see it, I know Bill Gates and Steve Jobs would, as Bill Gates has testified year after year to deaf ears.  This would make the budget work a lot easier for all and that’s not to say it’s not complicated but when you have a high powered server source like this that can give answers in 2 seconds, well I don’t need to say more on that topic as now they might wait days for their reports.

So this is the key folks, you want better laws and lawmaking, it takes better and smarter technology and this will help them keep up with Wall Street and could certainly help the SEC too.  Back in August of 2009 I made a post about a 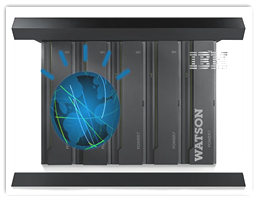 Department of Algorithms and I think the time has come for algorithmic centric laws and have them filed with a visual so the algorithms and how they function can be viewed when it comes to laws and financials regulations.  It’s the only way this will work to have an audit system as such and keep everyone fairly clean.  If you visit the link below there’s a video which serves as a nice reminder of Harry Markopolos who tells us how the SEC had no clue on how to work with the data and information he supplied them, digital illiteracy killed us there too.  I don’t think the judges would mind getting laws that are algorithmic in format and easier to work with when they are called upon for rulings.

If that is not convincing enough then let’s go back to the Madoff Ponzi Scheme and read up on how his programmers kept him under cover too.  It’s fighting fire with fire and not taking dull knives to gun wars to survive and stop the fleecing of America with mathematical deception.  BD

This is not a commercial for IBM, I just want smarter government

decisions and they have happen to have developed it.  If we keep working on spreadsheet solutions and not use high powered query and intense data base solutions, Mr. Ferguson might as well start writing “Inside Job 2” the sequel.  By the way if you don’t know what this is, use the link below: