Home » Medically Related » My Commentaries » Other Items of Interest » Technology » Rite-Aid to Buy Envision Pharmacy Benefit Manager–Big Drug Store Chains Benefit From the Massive Dollar Amounts PBMs Produce Plus The Added Data Selling For Profit That Goes With It..

Rite-Aid to Buy Envision Pharmacy Benefit Manager–Big Drug Store Chains Benefit From the Massive Dollar Amounts PBMs Produce Plus The Added Data Selling For Profit That Goes With It..

Hands down if you look at the revenue that is produced from prescriptions, there’s a lot of it.  It’s amazing where all your data goes today when you fill a prescription.  Selling prescription data is nothing new and has gone on forever but software builds on itself and the data has been maximized for profits.  If you are not aware of what is called “medication adherence” well get used to it as there are tons of software programs that analyze you every time you fill your prescription, from the time it takes you to fill it, if you fill the prescription from the doctor, and so on. 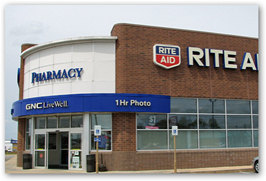 In addition the software that is attached here from the likes of the FICO Medication Adherence scoring kicks in, as well as Milleman and Optum.  Those two companies have been tied in forever to collect the data and some of it is used for reporting obviously, but they have found new markets as well for the same old data, so again from one prescription filled we go back to the “Secret Scoring of America”.

Secret Scoring with analytics behind the scenes are things you can’t see, touch or even know about unless someone tells you it’s going on.  In order to compete with CVS and Walgreens, this seems to be the missing piece of the puzzle here for Rite-Aid to capture some of this money and also moved more prescriptions over to a cheaper mail order system as well.  Of course EnvisonRX has a Medicare part D plan so more business from seniors will be analyzed and sold as well.  The World Privacy Forum wrote a very good report about the “Scoring of America” a while back and you can find a link to read more at the link below.  I have added my own commentary here and it is true that Data Selling coupled with the excessive scoring of US consumers is a contributing factor to the acceleration of inequality in the US, as you are scored right and left everywhere (and they sell that data for money) and you come up with “no, no, and no”..for access.

CVS has done a good job at going after analytics code and this is somewhat of a race too in the US as they opened not one, not two, but three e-commerce centers to hire developers in this “code rush” for data that has captured the interest of all companies, banks and so on to make use of and sell what ever data they have under their own roof.  You can look at MasterCard too as a big pioneer there too as they have an extremely motivated marketing and sales staff to convince prospective clients that “they just can live and make money without having all this data to analyze and snoop through to create better efficiencies.  Have you noticed how much easier it is to get a credit card?  Some of the defaults are offset from selling consumer data and boy do they do it.  Here’s the latest scoop on what CVS has going, looking for the magical code that can provide a service at the front end for you, and at the back end collect and mine data.

This is so competitive that they fight over the application software and here’s an example here where Walgreens and CVS were doing a patent war.

CVS took their case a little bit further with consumers and will now penalize consumers who fill their prescriptions at a store who sells tobacco, like Rite-Aid and Walgreens.  Sure this a move CVS did and they maximized the marketing on the tobacco thing and were demonizing t

he other stores.  Wal-Mart as we know does prescriptions too, so again see what CVS really did here and it’s find and dandy that they wanted to take a stand, but you know what I don’t care as all I want a prescription filled and could care less if they sell tobacco products as that’s not why I go there, I want the prescription filled correctly.  So see what a fool you could have been at times with sucking in the CVS marketing and forget the fact that the DEA a short while back closed a couple of their stores due to the pain killers just running out the doors.  You need the big picture today and CVS has now used this to charge consumers a higher co-pay as their basis to look like the “good guys”.  You can’t believe every angle the media projects today without seeing the entire big picture.   You know the bankers are sitting up there watching such a marketing campaign and just counting the new revenue that comes in with demonizing the competition at CVS.

Pharmacy Benefit managers do have a purpose as well with negotiating prices for drugs that we pay for and that’s an interesting line too as they have to watch what consumers can afford on one side and yet on the other side keep the prices as high as they can to maximize profits when filling your prescription.   If this article is boring you at this point, you can stop here and return to the Brian Williams news if you like, a huge public distraction where it appears NBC has chosen him to be the sacrifice to drum up more clicks and ratings, at least that’s what I see in yet one more of these mass media distraction campaigns today.

Not too long ago I did a radio interview talking about the prescription drug business at Rowan radio and you can listen here at the archive.

So again Rite-Aid has been on the short end of the stick here missing out on the data they could be selling here to keep up with CVS and Walgreens.  IMS is a company that had an IPO last year and is one of the largest medical data collectors and sellers in the business as they have about 85% of the world’s prescription records on file, and yes indeed they pay for this data and buy it all up to create all types of analytics and reports.  So if you don’t think there’s big money being made here, well think again.

So like the banks, CVS, etc. will we see Rite-Aid be the next company to set up a lab in the Silicon Valley?  All the major banks have labs there as they are working frantically to create apps that offer you a service and at the back end mine data to sell.  All want to study your behavior too so some of that data is for shopping and advertisement intelligence and some is gathered to send off to a 3rd party that does even more analytics.  Here’s a good example of a company called Argus and they buy up your credit card data, analyze and score you, and sell it.  This may be a big eye opener for some who are not aware of what’s going on and how deep it goes today with selling consumer data.

At the link below, this is what’s happened to me of late, being on a mailing list of some sort and I don’t know where to go remove it as my data has been repackaged so many times, but it lead up to an offshore company calling me stating they had me on records for taking blood thinners which is totally false.  When prescription data is sold and re-queried, you get sloppy data work and we are stuck as consumers with nowhere to go since all the data sellers have totally free authority out there to step on consumers right and left with their errors.  Bad data gets the same price as good data and they don’t care.  So again Rite-Aid was missing this piece of the puzzle with CVS and Walgreens being miles ahead with the data selling here and needed a pharmacy benefit manager to not only manage prescriptions, but to cash in on the other side of all the consumer data they could gather.  I think it’s between 1-2 billion a year each that Walgreens and CVS each make selling data so there’s your motivation for the money part for Rite-Aid’s purchase of EnvisionRX.

EnvisionRX was owned by private equity firm TPG and there’s some folks over there who will make a lot of money on this sale of EnvisionRX to Rite-Aid too as Rite-Aid is paying $1.8 billion for the company.  Envision does around $ 5 billion in revenue with over 4500 pharmacies in 31 states.  BD

Envision Pharmaceutical Services, known as EnvisionRx, is owned by the private equity firm TPG, making this one of the year’s early successful exits for a buyout firm.

Rite Aid will pay TPG about $1.8 billion in cash and $200 million in stock for EnvisionRx. The value of the deal also includes an expected future tax benefit of $275 million.

In EnvisionRx, Rite Aid is getting a national pharmacy benefits manager with about $5 billion in projected annual revenue. Rite Aid has more more than 4,500 pharmacies across 31 states and Washington, D.C.