Target Stores Sells Pharmacy and Clinic Business to CVS, Uses Debt to Finance and Drops $1 Billion From Stock Buy Backs, Gains a Lot More Consumer Data to Mine and Sell..

Just yesterday I wrote about CVS buying a small independent pharmacy and now we have this.  We all remember the Target data breach and of course that cost a lot of money.  The store already has or is in the process of closing their Canada stores, so this is yet one more cut back and probably in a few years if Target is still around, it won’t resemble a lot of what we like and perhaps the reasons we shop there as the big CVS 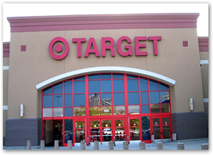 behemoth moves in.  You can read the entire article about the new “Target Express” stores on the menu.  Who beating who to the king of drug store leverage?

CVS Buys Independent Pharmacy, Picks Up A Slew of 7000 Ready Made Prescription Customers With Data To Mine and Sell…

I guess the alternative of the store potentially going away at some time could be worse, you tell me?  So look at all the clinic locations that CVS will pick up as well.  I’ll tell you it’s scary with big corporations moving in in such large fashion today.  As you can see with the mention of cutting $1 billion from the buy back funds, this is costing some money.  Again worth a mention too is that we have former White House Affordable Care Act creator Nancy DeParle sitting on the CVS board racking in the money.

Again we know that CVS sells consumer data like it’s going out of style.

Not too long ago CVS bought this chain of drug stores in the Florida area. 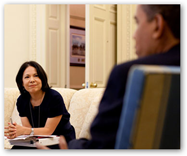 In the past the company has been called out for their marketing and kidnapping of consumer prescriptions as well.  It’s very aggressive.  Internal emails at the time showed pharmacists being on quota to capture prescriptions from other pharmacies.

So when visiting CVS, the cell phone is off for me, no using rewards card unless there’s absolutely a huge savings as it’s not worth it on what you give up for privacy to have them mulling through all your expenditures and working the BS medication compliance routine as that’s all about selling your personal data.  Target as stated in the article will pump up their revenue to increase their stock buy backs.  BD

Target will sell its pharmacy and clinic businesses to the drugstore chain CVS Health for about $1.9 billion in a deal that combines the resources of two retailers seeking to polish their health care reputations.

The acquisition allows CVS Health to reach more patients and expand its in-store MinuteClinic brand, which it has been growing aggressively for the past several years. It also gives the nation's second-largest drugstore chain a retail presence in new markets like Seattle, Denver, and Salt Lake City.

CVS Health will pay for the deal with new debt and has lowered its share repurchase guidance for this year to $5 billion from $6 billion. CVS Health runs 7,800 drugstores and nearly 1,000 walk-in medical clinics, a total it plans to expand to 1,500 clinics by 2017. It also operates one of the nation's largest pharmacy management businesses, which runs prescription drug coverage for insurers, employers and other big customers.