A while back Walgreens filed case against Walgreens and Rite Aid on the patent violation and it’s been settled.  In reading this article all seemed to have known about the patent but didn’t care if I’m reading this correctly.

In the settlement here, each pays their own legal fees and pretty much walks away.  There were no details 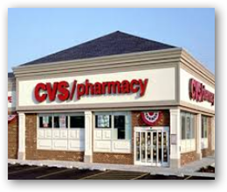 on the Rite Aid settlement.  So there you go, new CVS apps as of July and off to collecting more of your data to sell with the new ecommerce centers opening up.  Both chains make a healthy dollar selling your data, 1-2 Billion a year.  If that bugs you, visit my campaign to where I am trying to get a law passed to have all data sellers buy a license and disclose what kind of data they sell and to what kind of companies.  Heck every time a prescription is filled by customers the data production for sales gets rolling.

The FICO medication scores start rolling and off for sale those go and you don’t even know you have been scored on whether or not you will take your meds, it’s all secret scoring on data they get from all over the place.

Also don’t forget if you fill your prescription at a store that sells tobacco, CVS Caremark is going to charge you a higher co-pay so there you go paying for the absence of the tobacco, so if you go to Walgreens, Rite Aid, Wal-mart to fill a Caremark PBM prescription, they’ll zap you for more money.  Yeah we all know they just don’t want you to go anywhere else and it’s all marketing for money.  After reading this and not caring about Walgreen’s patent  and didn’t want to pay for it while it was in use, what will CVS do next I wonder?  BD

Law360, New York (November 25, 2014, 9:59 PM ET) -- Retail pharmacy giants CVS Caremark Co. and Rite Aid Corp. have settled Walgreen Co.’s claims that its rivals were infringing its patent for refilling prescriptions using a mobile device, with CVS agreeing to an injunction against using the technology, according to documents filed Tuesday.
According to Walgreens, CVS' and Rite Aid’s apps for mobile devices, offered on the iPhone and Android platforms, infringe U.S. Patent Number 8,626,530, titled “System and method for express refill.”
In a consent judgment entered Tuesday, CVS said it had released new iPhone and Android apps as of the end of July and was no longer making or using apps that infringed the ‘530 patent. The company agreed to an injunction barring it from doing so in the future in exchange for Walgreens' dismissal of its suit, according to the consent judgment.

The patent, awarded to Walgreens on Jan. 7, covers a method for customers to refill prescriptions in a “quick and hassle-free manner” by scanning a bar code image using the camera on a mobile device, which transmits the information to the retailer and allows the customer to then select a pickup store and time, according to the patent application. This “refill by scan” functionality is incorporated into Walgreens' mobile apps for its customers, alongside other functionality, the company claims.
Although they were aware of the '530 patent, CVS; Rite Aid; the Sun Capital Partners Inc.-owned Shopko; and Mscripts LLC, the developer that made Shopko’s mobile app, have all infringed the patent by including similar functions in their own mobile apps without seeking a license from Walgreens, according to the suits.