Home » Insurance » Medically Related » Other Items of Interest » Technology » Hospital News Rigging Now? UPMC and Local Paper In a Dispute Over What’s Covered in the News, Takes Paper Out of Hospital Gift Shops…

Hospital News Rigging Now? UPMC and Local Paper In a Dispute Over What’s Covered in the News, Takes Paper Out of Hospital Gift Shops…

Here we go again, and advertising from the Pittsburgh newspaper has also been cut, but the article states that has gone on for a few years with disputes over what has been covered in the news.  This doesn’t surprise me as “news rigging” is very much out there today.  You can read comments 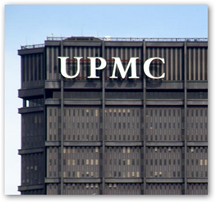 on Twitter about “knock off” news a well, where a bot perhaps takes a human journalists written article, re-rewrites it to avoid all plagiarism (the bot is this smart to to do this in a couple minutes) and off you go with a brand new knock off news article.  There’s always been disputes here and there over news articles but this one is to the point of being entirely ridiculous.

News agencies everywhere are facing tight budgets so it’s easy enough for UPMC to play the money card with cutting advertising.  That’s why we are seeing so much more news written by bots instead of humans, it’s a cost issue.  Hospitals of course are out looking for every dime they can get as well.  To make matters worse the labor situation at UPMC has raised a lot of eyebrows and for a while and I’m not sure if this is still the case but UPMC was the top profiting making hospital in the US.  That’s a big deal when the areas serviced are not wealthy neighborhoods in count.  You can read more on that topic below to where employees were really hit hard with a data breach, accounts were drained and so on.

Circling back to the other side with automation that I mentioned above, it’s hard to get good news sometimes when everything out there starts looking the same.  I am really noticing that myself and I try hard to look for the Human written news out there and refrain from taking in a lot of bot news.  Anytime you read one of these studies with information from Medicare for example that are boring as heck, a bot probably wrote it.  That’s what bots do best, take a data base, spreadsheet container of information and write a story about the numbers and the authors program what impact they want where and so on.  The bots pretty much take care of the ridiculous stat news as well that we see constantly that have no statistical value even.  So next time you see these big headlines written about some Medicare data, you can pretty much figure you’ve been “bot fed” some news there.

UPMC is a great medical center for those who can afford it as I read.  The city I read finally put the bed the lawsuit they had filed against the hospital wanting to take back their non profit status.  We have that going on in California with Blue Shield insurance too, state says they will file and pay taxes due to excess levels of profits and cash stash reserves.  Who says non profits don’t make money, right?   Hospital inequality is also an issue people don’t want to discuss either in the US and I wrote about that a while back.

Here’s another link from the past on the “profit issue”. 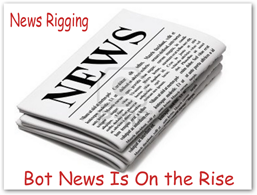 what’s real and what’s click bait out there as well.  You have a lot of fake grass root campaigns so too many, consumers ignore almost all of them as we are worn down with healthcare in every corner of everything we do today.  We’re burned out on what to eat, what to say, how to do this and how to do that..complexities are wearing down the heart and soul of the US consumer and it’s modeled that way to occur.  Speaking for myself I’m running as fast as I can to stay away from most advertising with a few exceptions.

News Rigging Has Arrived! Astroturf and Manipulation of Media Messages-TED Video About “The Fake Grass Roots” Of Big Pharma and Other Campaigns That Fool and Fool Again…

Bottom line is the hospital system is saying we don’t like your news coverage and we’re going to ban you from three gift shops and hurt some sales for you and “we’ll show you”…a bit juvenile is it not?  It is just one more example of the big institutions in the US telling the small fries what they can and cannot do.  If UPMC were a for profit they would probably be in the stock buy back business, like HCA Health in doing…7.7 Billion of them.  Hospitals have to finance those too so check your bill in the future:)  The UPMC battle seems to make national news every day and again the stark comparison of the clinical side to the business side of UPMC is startling when you read the news and it’s not all in that Pittsburgh Paper they have banned from gift shops either.  BD

For Profit Hospitals Like Stock Buy Backs Too–HCA Buying Back $7.7 Billion Worth of Shares Over 3 Years…

Some UPMC hospitals are banning the Post-Gazette from sale in their gift shops, a move UPMC spokesman Paul Wood said was precipitated by “fairness issues” in the newspaper’s coverage of the health system.

At least three UPMC hospitals -- UPMC Shadyside, UPMC Mercy and Children’s Hospital of Pittsburgh of UPMC -- say they will no longer sell the newspaper.