It’s time to be a bit of a devil’s advocate here and this is not the first time I’ve done this but rather trying to be realistic and talk about the reality of where we are today with algorithms and apps.  If you want the truth of the matter when you run contests sure you get coders in there, but not necessarily folks who do healthcare and they just go to work wanting a big pay day.  Healthcare apps are much more successful when they are built in a clinical environment, even the consumer apps because a patient is going to talk to their doctor about them.  So here we go again

with one more contest and even the coder that build them, let’s say they are a general app in this instance, don’t use the apps themselves, so we are back to the old paradigm of “its for those guys over there” again.

We have no role models in government that share their own benefits and maybe tweak out a little bit of being human to encourage others.  I am an advocate of personal health records and wrote about them in about 500 posts on this blog so make no mistake there, and I also wrote a medical records program too, so got that side covered on the experience and complexity.  Again, those folks without any coding or Health IT experience think an app just solves everything, wrong.

About the silliest contest I have seen is the HHS Facebook contest.  If you keep up with Twitter you can’t help but notice everyone first of all complaining with the privacy issues but more importantly, the complexity of Facebook, many are dropping out.   That’s been all over the news and a couple weeks ago Business Insider had an article how the social networking activity has cut down as everyone is busy configuring settings:) That brings me to the next topic, are riots a disaster?  See the contest below about a “disaster” Facebook app, remember the riots in the UK?  Is this starting to make sense here?  If you put something like this in place the next issue is an act of Congress to determine “what is a disaster” so again some folk don’t think at times, and again it usually comes around to those without any Health IT experience or coding and just jump on anything with a mention like this.  Heck if we keep listening to all of this we are going to think the new norm is living in a house like this soon:) 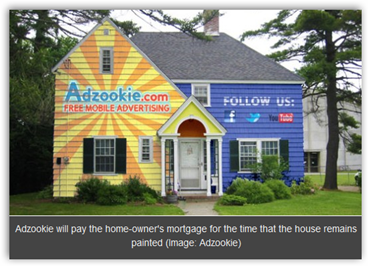 Now we have a Million Hearts contest?  Who’s going to use it, who has time and there are some similar applications already out there.  Can’t these folks making apps collaborate any better than what we see?  Even the true geek are growing old with this idea that an app solves all.  Sure we need software but contests have not done a whole lot of anything yet and especially those that do “one” thing.  Our leaders are getting fragmented just the software is.  It’s been at least 3 years that I have covered the area of consumer health apps and we are not much further along and nobody has found the vehicle to drive this, as they have not been able to show real “value” for the consumer, it’s all one sided with use this app and it will solve your problems.  We all know better but when it gets down to being presented to the consumer that’s how it comes out with today’s steroid marketing, so lost in the shuffle.

Our folks in Congress are just as bad too as how many would know what a Fitbit is if bit them:)   I could guarantee you not many.  We have the greatest healthcare system ever sold and marketed.  No wonder a few months ago the newscaster on Fox thought you could get a pap smear at Walgreens, she said it right on the news. 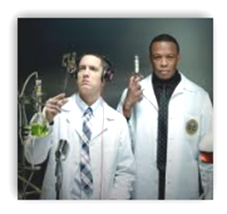 These folks are really beginning to scare me and I like analytics but they seem like they tend to believe everything they see in reports and of course that’s not true, but as NYU professor Siefe said, this is a big problem with people thinking that all math is accurate as well as the rationality and it’s not.  I’ve never seen anything like this of late to where the marketing angle is used by spin doctors to really make a point and sell and sell and sell.  People are fooled.

What is kind of ironic is that the professor is suing the NIH/HHS over the fact that over a long period of time he could not get data he requested for a write up in American Science magazine.  This was not because it was restricted information or any kind of “gold” their system with automated responses and having an individual pull it messed up and many times his request was lost in the shuffle.  Again, what he has to say at the link above is good and truthful about how people don’t think twice and believe any old math and numbers thrown at them.

In summary, sorry guys this is just one leg of the entire problem here with trying to get some folks out of the forest to see some trees if you will.  I guess this might be a good time to ask this question again as to what happened here?  Where did the $7 million go in grants for the REC center to help doctors with medical records..it’s doesn’t exist except on the Cal-Optima (CA contractor for Medicaid) site with no phone number and when you call you get transferred around a lot and they have an information form you can fill out.

It’s just bizarre to see emphasis on a contest for One Focus software and nobody is accountable for $7 million dollars given in grants.  I would love to have an answer on this one.

Anyway, I’m not sure where these folks thoughts are or where they are headed at times but sure looks like some of their back yards could use a walk through before we start adding even more stuff that consumers don’t have time to use or learn how to use, that does “one thing”.

There’s a couple insurance plans in there too along with Walgreens and United is expanding their pay for performance for the pharmacists who work there to enroll at the YMCA and other programs too.  United is getting so big these days that they have the capability of consulting with a new device or drug company on how to bring it forward to be approved by the FDA all the way down to what they will pay on reimbursement too, and heck who knows at that point they could buy the company at the end and this could be companies they promote in China from their China Gate subsidiary.  It seems folks are tremendously blind to all the subsidiary actions going on with companies owned by insurers by all means.  I just report it so folks know where their dollars end up going and for who’s profits.

INNOVATION WITHOUT COLLABORATION IS FOULING UP THE US HEALTHCARE SYSTEM…that’s the title of a post I made about a year ago.  BD

The Office of the National Coordinator for Health Information Technology is seeking applications for its latest mobile-application competition, which seeks programs to help heart disease patients.

Called the "Million Hearts Challenge," the competition is part of the recently launched, multistakeholder Million Hearts campaign to prevent 1 million deaths from heart attacks and strokes over the next five years. Led by Centers for Disease Control and Prevention’s Dr. Thomas Frieden and CMS Administrator Dr. Donald Berwick, the campaign involves HHS and a variety of health and advocacy organizations as well as UnitedHealthcare and Walgreen Co. The ONC's Million Hearts Challenge offers teams of at least two developers three prizes—ranging from $5,000 to $50,000—for applications that help cardiovascular disease sufferers improve medication adherence and maintain a healthier diet and a more-active lifestyle, according to a contest announcement published in Friday's Federal Register.
Federal officials will select the winning entries based on several criteria: patient engagement; actionable and accessible information; links to online communities; and innovativeness and usability.