This is a topic that people don’t like to talk about a lot, self included

and there are abuses.  You can watch the video and see how the business operates with “for profit” companies.  Many years ago in another life I worked with a guy who was in sales as was I for his day job and at night he was a courier for this business.  He would pick up and deliver bones and tissues and it was almost to the point to where he could give up his “day job” of sales at any time. He worked weekends and after hours for the “night” job.  Other than that I didn’t know a whole lot more about the business and when I ran across this in the news today it brought it all back for me to think 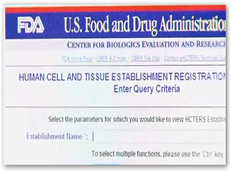 about.  This is a business that saves lives for sure with cornea transplants for eyes and other body items, but like anything else in life sometimes it gets abused and you can hear the one story to where they didn’t sew the man’s foot back on. This business has been going on for years.  Also there are now some recorded diseases that have been transferred via the processes and CDC makes the statement that they would like to know “where” the parts go.  Sometimes it may be ground up parts or other times it’s an entire bone.  PVC pipes as one man states are inserted in the cadaver where bones are removed and sometimes again bodies are not restored to where

they are presentable at a funeral.  Sometimes patients are not even aware that they are receiving tissue or body parts from cadavers and that should be explained by all means.  If we used bar codes, the tracking would be a lot easier for sure.  Body parts coming to the US from Europe  are not always traceable and there’s no questions asked.  It’s amazing when you read through here though how everyone profits except the family of the person who has died and that seems a little unfair to a degree when you think that $80 to 200k can be made from one body in parts.  Public hospitals get paid for use of tissue recovery rooms.  When you listen to the man who was convicted for falsifying records he talks about the perks that came along with the job.  Burn victims certainly benefit as well as breast reconstruction patients.  It almost seems like the work 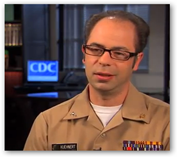 should be in the category of non profit though all the way through as the non profits do the work with collecting tissue but then other companies involved  pay the non profits to compensate them.  Now that we have diseases such as HIV out there it’s getting to be important to know where the tissues and bones go.  Blood and organs have bar codes but nothing for skin and other tissues.  Occasionally tissues get recalled as well, again bar codes would help.  There have been death certificates that contained lies about what the person died from and thus so if it were an infectious disease nobody knows.

That’s the under ground side of the business to where they operate under the table.  Over 300 foreign tissue companies are registered with the US and the FDA has never closed one down and about 1/3 have never had an FDA inspection. The company profiled in the article is RTI and questions were asked about their procedures. Again when you look at the dollars and the fact that some people can’t afford to bury relatives due to economic conditions, should maybe a little bit be passed on to at least cover burial or cremation expenses one might ask?  Big corporations even win at the end of life.  BD

Human Tissue Banks & How they Operate–Need Bar Codes
RTI is one of a growing industry of companies that make profits by turning mortal remains into everything from dental implants to bladder slings to wrinkle cures.

The industry has flourished even as its practices have roused concerns about how tissues are obtained and how well grieving families and transplant patients are informed about the realities and risks of the business. It is an industry that promotes treatments and products that literally allow the blind to see (through cornea transplants) and the lame to walk (by recycling tendons and ligaments for use in knee repairs).  It's also an industry fueled by powerful appetites for bottom-line profits and fresh human bodies. An eight-month, 11-country investigation by the International Consortium of Investigative Journalists (ICIJ) has found, however, that the tissue industry’s good intentions sometimes are in conflict with the rush to make money from the dead. “We have barcodes for our cereals" at breakfast, "but we don’t have barcodes for our human tissues," Kuehnert said. "Every patient who has tissue implanted should know. It’s so obvious. It should be a basic patient right. It is not. That’s ridiculous.” Distributors of manufactured products can be found in the European Union, China, Canada, Thailand, India, South Africa, Brazil, Australia and New Zealand. Some are subsidiaries of multinational medical corporations.

Le Do-han, the official in charge of human tissue for the South Korean FDA, said the country imports 90 percent of its human-tissue needs.

Raw tissue is shipped in from the U.S. and Germany. This tissue, once processed, is often re-exported to Mexico as manufactured goods.

In 2010 and 2011, FDA inspectors asked RTI to change how it labeled its imports. The company was obtaining Ukrainian tissue, shipping it to Tutogen in Germany, then exporting it to the U.S. as a product of Germany.

While the company agreed to change its policies, there is some indication that it may have continued labeling some Ukrainian tissue as German.