A working spouse is one who has coverage else where for health insurance so there goes the additional second payer to pick up what the first insurer may not cover and this will lead to increased costs for the spouses. 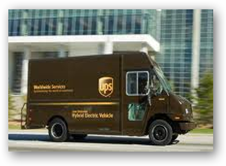 UPS is not alone and many other companies are doing the same.  After reading the article it appears those who do not have coverage elsewhere, are ok to remain eligible.  In addition this policy only pertains to the non union employees as they have their own health insurance plans and options, but there’s still a ton of non union folks at UPS.

Also in the article is the mention of the money made by UPS, as $807 million in profit from revenue of over $54 billion is not a huge profit margin.   BD

Partly blaming the health law, United Parcel Service is set to remove thousands of spouses from its medical plan because they are eligible for coverage elsewhere.

Many analysts downplay the Affordable Care Act's effect on companies such as UPS, noting that the move is part of a long-term trend of shrinking corporate medical benefits. But the shipping giant repeatedly cites the act to explain the decision, adding fuel to the debate over whether it erodes traditional employer coverage.

Rising medical costs, "combined with the costs associated with the Affordable Care Act, have made it increasingly difficult to continue providing the same level of health care benefits to our employees at an affordable cost," UPS said in a memo to employees.

While acknowledging that overall health spending continues to rise, the company also blamed cost increases on the Affordable Care Act's research fee (initially $1 per health plan member, then rising to $2) and a temporary fee of $63 per member to stabilize new online marketplaces for consumers buying directly from insurers.

Other factors are the act's ban on annual and lifetime coverage limits and its requirement to cover dependent children up to age 26, UPS said. The law's mandate for individuals to obtain coverage will nudge employees who previously opted out to enroll, also raising costs, the company said.

The health law is "one of the reasons that UPS is implementing the changes," McGowan said.