Here’s yet another side on the data selling epidemic in the US but this is a little different.  Sure we all know how mistakes are made but as consumers we should also have the right to have those items fixed in a timely manner.  Listen to the video and this is not uncommon.

It’s a known fact that businesses, banks, insurers and more are out to make buck any way they can selling your data and they don’t care if the data is correct or flawed.  A few years ago I wrote about the Social Security Death Index and at that time it was estimated there were more than 30,000 people listed as dead who were still alive.  This story also looks at the other side with people who should be dead, and are dead, that still existing as living at the Social Security Administration.

So there you have both sides of the story with flawed data.  Listen to the one woman who was arrested and even worse had to live in her car as she was wiped of the map completely, could not get a bank account or anything.  I keep warning 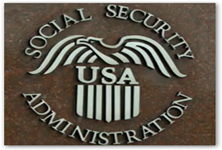 all about the “repackaging” of our personal data and this video tells that story pretty well.  Read the link below and be especially cognizant of this if you were in the Anthem data breach.

Social Security said they had no death data for over 6 million people who were over 112 years of age and those folks were opening up bank accounts and more, so there’s the fraud side of it.

The one woman has to carry a letter from Social Security with her for the rest of her month.  It is updated every month for her to show.  It would certainly help people to know who all Social Security sells their data to.  This way it could be much easier for those to repair the flawed data.  The problem of flawed data is not limited to just Social Security as people not not sniffing and checking the integrity of the data, look what the city of Buffalo did.  A lot of dead people were given health insurance benefits and did even the insurers question any of it, nope as it was premiums coming in and they knew there would be no claims, all profit.

We need to license and index ALL the data sellers in the US so consumers have a chance to be able to fix the flawed data that’s floating around out there as this is growing by the day.  I’m on it all the time and have been for 3 years with writing to the FTC, and select members of Congress to create this law so we know who they are!  Would you like to see what data your health insurer buys and sells about you?  I think you would be floored to see it all as again it’s all about making money.

Here’s my campaign and please help me out if you could…it’s well appreciated no matter what the size donated.  Thanks so much!