I’m surprised it took so long to get out as it happened a week ago.  It’s been down for 7 days and the FBI is involved as well as the Los Angeles police.  Some patients are being turned away.  9000 bitcoins is the price demanded to give the hospital back the “key” codes to open the system back up. 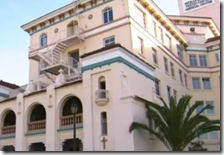 911 patients are being diverted to other hospitals.  I think the ransom equates out to over $3 Million in dollars as I’m not a bitcoin expert.

The hospital seems to be keeping it pretty quiet and I guess really what else can they do as paper back up files come out as they always do in times when the EHR goes down.  Robots are dead for now for remote monitoring.

This disruption is raising havoc with getting access to all the patient information needed at times.  Radiation and Oncology has been shut down and they are not allowed to turn on their computers.  This is a pretty big hospital, been a few years but been there a few times on business.  Remember patient dumping from a few years ago, this was one of them that was fined in the LA area.

Well so much for those here who still need to attest for Meaningful Use you could say and I’m sure maybe CMS might grant some additional hardships here since they are in that busienss big time anyway since the MU model continues to fail and wimper.  This will be interesting to follow, will they pay or will they get around the hackers?  This is the biggest hack case that I am aware of that has occurred for quite a while.  BD

A Southern California hospital was a victim of a cyber attack, interfering with day-to-day operations, the hospital's president and CEO said.

A doctor who did not want to be identified said the system was hacked and was being held for ransom.

There is no information that any patient or employee information was compromised, but the hospital called in computer forensics experts, and the FBI and the LAPD to investigate.

The hospital's emergency room have been sporadically impacted since Friday, Stefanek said.

The unnamed doctor said that departments are communicating by jammed fax lines because they have no email and that medical office staff does not have access to email.