The Link between intelligence and Curiosity Is Discovered

I think this is great news and I have said this for quite some time myself, if I can just figure out how to somehow motivate or stimulate some kind of curiosity in others, that is a big key to learning.  I have done this battle many times in my head trying to figure out how to do that by somehow 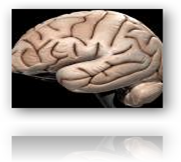 getting others to a higher curiosity level, especially when it comes to healthcare.   By nature, I guess I am a very curious person, thus I tend to read and hopefully learn quite a bit.  Sometimes I don’t always understand why friends and associates are not as curious, but that is life, those that are it appears will learn more and have the presence of deeper intelligence according to this study.

Being curious fosters intelligence, so I hope that is true in my case as I do have a lot of curiosity on hand at almost all times!  It goes on to say the next step is to create a drug that may also stimulate this part of the brain.  BD

PhysOrg.com) -- Scientists from University of Toronto and the Samuel Lunenfeld Research Institute of Mount Sinai Hospital have discovered a molecular link between intelligence and curiosity, which may lead to the development of drugs to improve learning.

In a paper published Sept. 10 in the highly-respected journal Neuron, Professor John Roder of U of T's Department of Molecular Genetics, a senior investigator at the Lunenfeld, and Bechara Saab, PhD candidate at the Lunenfeld, studied the interaction of two proteins in a small region of the brain called the dentate gyrus (one of three parts of the hippocampus, which plays an important role in long-term memory and spatial navigation).

"Dr. Roder and Bechara Saab have made a discovery in a region of the brain that has been under-explored in the past," said Dr. Jim Woodgett, director of the Lunenfeld. "This molecular link holds promise for future cognitive therapies."

"Now that we know that some of the molecules and brain regions that control learning and memory also control curiosity, we can go back to the lab and design drugs that may improve cognition in humans - that's the potential benefit for the future," explained Saab. "Immediately, however, we can put into use the knowledge that fostering curiosity should also foster intelligence and vice versa."

Researchers discover the first-ever link between intelligence and curiosity