Why is this happening, well in the news last week in California big premium increases were announced with the insured getting letters.  One example cited here was a podiatrist

who between his wife and his insurance for an individual policy is paying 27k a year for coverage, now this is a doctor who needs insurance as well, so in this arena they are just like you and I being consumers.  I have spent a couple of years here trying to elaborate on the fact that technology is outracing the illiterate and perhaps this is an example.

One of the companies they rely on for business intelligence is SAS Business Analytics.

Health insurance carriers have suggested additional algorithms to provide solutions, but as I always say with software it’s the implementation that counts, so maybe the letters and public awareness of how this has been handled has an impact?  We have seen the carriers reinvent themselves as banks too and we all know that’s a terribly sore subject today all over the place.

I started suggesting a “Department of Algorithms” over a year ago and maybe we are getting closer to this reality as our government is working hard to bring data systems for all the department up to par.

When you stop and think about it, we go to the full extent to certify software from EHR/EMR vendors and they pay for that too; however, the other side of the coin leaves us up in the air, we have no clue on how they are calculating risk, profits, and much less what claims will be paid.  In the out of network data base scheme, Blue Cross was also an active participant in the Ingenix (there they are again) program that has been disbanded thanks to the efforts of NY Attorney General Cuomo.

Even after the exposure of the algorithms used for out of network charges, the proce 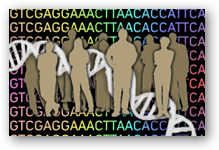 ss continues with Anthem and Ingenix with pursuing biometric data informatics.  I like technology and all that it does, we we are not ready for all of this to be dumped on consumers and doctors without proper implementation and privacy issues not addressed.  We can’t even handle cell phones as they are now without huge levels of distraction, but they don’t seem to realize this and it’s all bottom line dollars and us humans will have to figure it out, right?  I fully understand the need for business intelligence and projecting, but the scale is a little lopsided here, or maybe a lot.

I believe this is why we had the “Behavioral State of the Union Address” from President Obama, it is time.  It’s not just “for those guys over there” any longer.  BD

The Obama administration on Monday asked California's largest for-profit health insurer to justify plans to hike customers' premiums by as much as 39 percent, a move that could affect some 800,000 customers.

In a letter to the president of Anthem Blue Cross, Health and Human Services Secretary Kathleen Sebelius said she was very disturbed to learn of the planned increases, calling them "extraordinary." She said they were hard to understand in light of the profitability of Anthem's parent company, WellPoint Inc.

"I believe Anthem Blue Cross has a responsibility to provide a detailed justification for these rate increases to the public," Sebelius wrote. She said the company should also make public what percentage of customers' premiums go to medical care versus administrative costs.

Peggy Hinz, a spokeswoman for Anthem, said she would check whether the letter had been received.

The company has declined to provide details on the rate increases such as how many people would be affected or how much the new rates would be. It's also not clear whether customers in other states are being affected. In a statement last week the company blamed the increases on rising costs of medical care.

WellPoint earned $536 million in the final three months of 2009, not counting roughly $2.2 billion it gained in the fourth quarter for the sale of a pharmacy benefit management subsidiary. The Indianapolis company is the largest commercial health insurer based on membership. It operates Blue Cross Blue Shield plans in 14 states and Unicare plans in several others.