I’ve complained about this here and there but this takes the hat.  When you dump out $12 million and on top of that get $7 Million from the NIH for software that is so Orwellian in nature, it’s time to speak up.  This is software you would not even wish on your mother to use, as people do 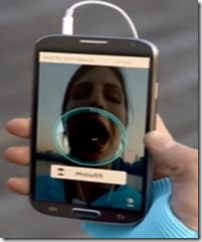 The creators of this AiCure software are not much more than “greedy”, stupid software architects that want to sell some virtual values that don’t work in the real world.  So as listed below, the bad guys are New Leaf, Pirtzker Group, Tribeca and Biomatics.  Go to each one of their home pages and view the portfolio pages and make a note of their portfolio companies and avoid them.

With an exception of developing devices or something that helps with treating disease or cures, the Silicon Valley Venture Capitalists need a hard reset and this Orwellian funding of software that uses facial ID and a video to substantiate a person taking their medicines is too much.  People don’t work this way and to force a broken Orwellian model on consumers that will push people into an unnatural way of living life is just wrong.  Picture yourself, being a prisoner of a phone and being treated like a child as not having the ability or brains to take your pills, and that’s exactly what these algo smurffs are tossing money at.

See all the Venture Capitalists listed in the snip of the original below, boycott their portfolio companies is the best idea I can come up with.  The bright spot about this though is that so many start ups fail and we could give this one an anchor and toss it to the bottom of the ocean or the crap algo pit if you will.

These jerks don’t even think the average consumer would like to have a little dignity in the world and because of apps and data mining and selling apps, it’s hard to find.  These are total jerks that duped old Francis Collins at the NIH as well.  Watch this video tat the link below to see some of the real demented perceptions that these folks get in their heads.  I’m not saying all is bad but there’s enough jerks that give no thought to humans to humans.  This is the type of garbage that pharma companies also fund so they can always come back and fault a patient for non compliance, whether it’s true or not.

Just Because You Design It, Get Millions in Funding, Market and Promote It Doesn’t Mean We’re Going to Wear It and Find Value, The Wearables Business Where People Don’t Work That Way, Stifle Those Broken “Big Gulp” Models..Please..

Great picture off to the side, screen shot from their promo video show a pill ready to go down the hatch.  Just what you want to video.  Is this absolutely saying that everyone is dummied down now to where we need the Orwellian effect?  It’s bad enough with pharmacy benefit management

too with “scoring” you to now “predict” if you will take your pill so flawed data scores you as non compliant, especially if you pay cash and then you get lowed down to a level of no dignity with this piece of crap.  People don’t work that way.  Nobody should be subjected to such insults as they promote in the video.  Stupid software engineers think apps like this are the cat’s meow.  So again my suggestion is to boycott the Venture Capitalists funding such nonsense.  Reminders are fine but this crap is over the top.

The video with doctors checking up on their patients…that is a laugh and a half as they don’t have time for that, give me a break and see how out of touch Silicon Valley is with doctor workflow.  They’re stupid with their visions.  Please do read the link below and I would like to see the evil algo guys bug their eyes out to find out they too are already being scored at the prescription counter on “their” predicted medication adherence”.  Yup folks, it’s a secret score and you can’t get it, but your insurance company can and buys them up regularly as one of the elements that goes into modeling narrow networks too.  None of these fat cat Orwellian VCs ever tried to get their secret score I can bet.

In addition, this type of software will work it’s way into the Pharmacy Benefit Management and people will really hate it!!

We’re people and not babies but it’s data that can be sold and PBMs and insurers will get and sell it.  Shoot most folks don’t even have a clue on how the health insurer call centers let out millions of algorithms to determine your current state while you are on the phone with them, and yup, that get’s sold to for so called behavior research which is also  crock outside of clinical mental health areas.

The “pissed off pharmacist” keeps me posted pretty well on how miserable it makes their jobs as well and they hate all this flawed data.  Last week, the pharmacists now are being put in a position to not only look at patients who are scored Outliers as there’s not enough credit card data to prove you filled your prescription, but now they want the pharmacists to predict who’s going to be an Outlier.  This is totally out of hand and falls into the abusive Excess Scoring of US Consumers.  Read the post below, been very popular and hope it makes more people angry the abuse.

Again, these VCs would not do this themselves and creating something like this is work of greedy data selling for profit Developers and the Venture Capitalists that fund garbage like this.  I spend more time helping people turn off Siri and Cortana on their phone too, we don’t want the noise and disruptions either.  So let’s boycott the portfolios of these VC jerks and the software will take care of itself as just reading this will pretty much turn the stomach of all, as again “PEOPLE DON’T WORK THIS WAY”.

$12 Million dollars could have been used in much better fashion, not mention the $7 Million from the NIH that we as taxpayers had to pay for this garbage!  BD

AiCure, a company that combines video facial recognition and artificial intelligence to confirm that patients have taken their medication has raised a $12.25 million Series A round, according to a company statement. The fundraise underscores the diverse landscape of medication adherence strategies by technology companies.