Certainly we have by now heard enough of this but truly when you think about it and all the “real pressing” items we have to deal with today, this certainly make a huge case for digital illiteracy, otherwise they wouldn’t keep doing it.  That’s my opinion and the same for many, especially those who work in Health IT areas and we just shake our heads and say “why”.  It’s not that these are at the top of the ladder either as far as expense when cutting budgets either, it’s just something they think they can control and have enough knowledge to take a stand on.

Again, I look at this a such a waste of time and those who keep brining this up for discussion truly keep dropping down the public confidence ladder as you don’t need to be brain surgeon to see this is all about control and the rights of women, it’s stupid and that’s how they are beginning to look with all of this.  Do you have to stoop to this level instead of learning up like many of us are doing to deal with “real crisis” areas?

The time wasted here is saddening to think this is as far as the lawmaking knowledge goes sometimes?  How scary is this fact that we seem to have so many lawmakers that can’t get past this and seem to have some real issues with priorities.  Look at how ridiculous it gets with even attempting provisions to put doctors in jail?  Again, is this all they feel they can speak out about and control?  We better elect some better lawmakers next time if this is as good 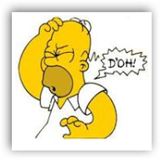 We had the similar issues in Arizona to where those who needed transplants and again it’s a small area of the budget died due to “digital illiterate” interpretations of business modeled analytics.  This is why I keep saying that “figureheads” that lack any type of IT experience or even consumer digital literacy are such a real danger today as they distract and disrupt the normal flow of important business and lawmaking that needs to take place.  I would think that such lawmakers would perhaps want to take a step back and evaluate what they are doing and how they look to the rest of the country because it’s not good I can say that much and thank goodness we have some judges out there with some real common and legal sense too.  BD

While these rulings are preliminary, each is a determination that enforcing the law would cause irreparable harm and that the plaintiffs are likely to prevail at trial. They do not, however, address other threats to women’s health. Those include the slashing of state support for family-planning services by governors like Chris Christie of New Jersey, and attacks from Congress like the bill Republicans pushed through the House in May that would use the nation’s tax system as a weapon to end abortion insurance coverage in the private market.

The Courts Step In - NYTimes.com