You do really have to fully acknowledge the digital illiteracy of what seems to be mostly the GOP folks that are in office today.  You know if the participated in their own health concerns electronically, half of this crap would be on the table for discussion but they still subscribe to “it’s for those guys over there” and walk around in bliss as the entire Health IT

world has grown around them.  When I say this I’m sure some will say yes I knowledgeable as I use a Fitibit…and that’s probably where most of their participation in their own health leaves off sadly.  This report on auditing the attesting and not being audited is way overdone.  First of all you have certified vendors who are all over this helping doctors and hospitals to get it right and of course to do that they have to be adequately trained to used an electronic medical record system.  Just something that entered into my head, how many of these folks on this House committee have their doctors e-prescribing and could they tell us?  I’m just curious as my representative from the OC still uses “Robocalls” for Town Hall meetings and scares me with not having moved beyond that point and yes he’s GOP.  I think the response from the ONC was quite appropriate in saying we will do an audit and I’ll bet you find little if any abuse there, as the stakes are too high for anyone to fraudulently fake this for goodness sakes..again digital illiteracy in understanding how this whole process works.  The lawmakers also have not one clue about the time and expense put here to make this work and it’s a lot, so yes, I am anxious to see that

“wolf call” audit report when it comes out and all this audit concern will be not much more than additional drama queen antics and OMG stuff to get readers in the media.  What about these guys…this was awarded back in August of 2010, are they not on the ball?  This was the same year I should note that the Senate cut funds for cloud services…ahemm…so what about these guys, hope they didn’t take the money and run:)

Back in 2011 we also had this going on with racking up too many claim denials with hospitals, so I guess they opened up the parameters a little bit on the claim algorithms maybe?

Back in 2010 the contractors overpaid doctors by the tune of over $13 million on their error. 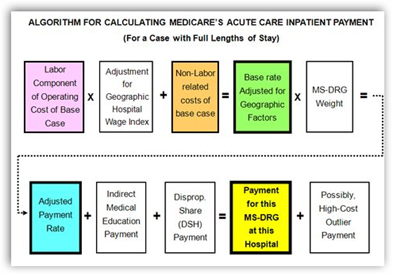 On the claims side, where’s the Medicare contractors helping out on this?  Insurance companies and/or their subsidiaries get big multi million dollar contracts to work with Medicare and these are the same companies selling commercial insurance..hello…I think we have some Algo Duping going on here as this is not a simple system and all have their carpet bags stuffed with numbers today but do they have value is the question?  This whole deal at the link below without citing anyone example was ridiculous.

Those lawmakers just seem to be so far out of touch and again when I think of the Robocall Town Halls in my area, that confirms it.

How do you reach those people and educate them I ask?  HHS now has the auditing software and it’s working to identify patterns and find fraud and to stay on that case is great but from what I read it’s like starting over again and again and again for lawmakers to get a concept of how Medicare works.  So here we go again the big OMG story and some folks making some kind of stand here when there are much more important items to be addressed.  I guess none of them understand cash flow with doctor’s practices either.  Just wait until one claim is denied and requires a flurry of additional paperwork, been there and done that myself, it’s a mess.  Back to the incentives, I don’t think you will find any issues to speak of as doctors and hospitals go through a lot of hoops to put in a medical record system and thus with these folks in Congress who seem to take little involvement in their own health and observe how it is handled we have the big drama queen running to center stage again, this get so old when there are bigger items to work on out there..ho hum.  I guess digital illiteracy certainly seems good for keeping everyone’s bowels in an uproar and if they would only move up a few levels here we would all be farther ahead.  BD    The conversion to electronic medical records — a critical piece of the Obama administration’s plan for health care reform — is “vulnerable” to fraud and abuse because of the failure of Medicare officials to develop appropriate safeguards, according to a sharply critical report to be issued Thursday by federal investigators. But the report says Medicare, which is charged with managing the incentive program that encourages the adoption of electronic records, has failed to put in place adequate safeguards to ensure that information being provided by hospitals and doctors about their electronic records systems is accurate. To qualify for the incentive payments, doctors and hospitals must demonstrate that the systems lead to better patient care, meeting a so-called meaningful use standard by, for example, checking for harmful drug interactions. http://www.nytimes.com/2012/11/29/business/medicare-is-faulted-in-electronic-medical-records-conversion.html?nl=todaysheadlines&emc=edit_th_20121129&utm_campaign=dw_tweets&utm_medium=Argyle%2BSocial&utm_source=twitter&utm_term=2012-11-29-08-59-23
Thursday, November 29, 2012
Insurance , Medically Related , My Commentaries