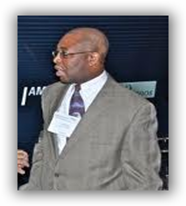 pay up front as well for their services.  It sounds as though they were promised some high paying jobs and ended up in nursing homes and then the company kept half their pay.  Talk about a captive audience when coming in from another country here with what they could do and rights they might have.

He also had an accomplice who is still at large that created a fake University that was where the folks were to work upon coming to the US.  In addition, he also had a company where he is the CEO and chairman called Global Energy Initiatives that manufactures and send hydro-kinetic power generators to Brazil and he attended a White House briefing in September.  When you go to the website you get a window that says this account has been suspended.  BD

A Colorado CEO is accused of luring foreigners to the United States to work for a nonexistent university and then stealing portions of their salaries after setting them up with other jobs in what the government has called an "elaborate scheme."

Kizzy Kalu, 47, of Highlands Ranch, Colo., allegedly enticed foreign nurses to work as teachers at an Adam University in Denver, an institution that Kalu's alleged accomplice, Philip Langerman, 77, of McDonough, Ga., made up, according to a federal indictment.

Langerman was also indicted, but remains at large. Kalu is being held by U.S. Marshals, and phone calls to his companies were not returned.

Kalu promised a salary of between $68,000 and $72,000 annually for the fictional teaching positions through the Foreign Healthcare Professional Group (FHPG), a company he operated, according to the indictment. The fictional positions were considered to be "specialty occupations" under U.S. immigration regulations.

The foreign nationals had to pay fees to FHPG and Kalu in exchange for assistance in obtaining the visas, according to the indictment.

Once they were in the United States, Kalu informed them that the aforementioned positions were no longer available, and put them to work at various long-term care facilities, the indictment states.

Kalu also operates the Global Village Hope Foundation, an international voluntourism program whose motto is "You are the hope for the hopeless."

On the foundation's website, supporters are asked to send donations to 5630 Wickerdale Lane in Highlands Ranch, Colo., Kalu's residence.