Home » Insurance » Medically Related » My Commentaries » Health Insurance Contracts at the OC Corral–Lawsuits, an ACO and A Lot of Mixed Up and Confused Patients As Data Disruption and Patient Care Move Center Stage…

Well let’s start off with the positive side of this with Hoag Hospital and Blue Shield working together with the IPA, Greater Newport Physicians (the one not owned by

United Healthcare) creating an ACO to better serve patients and save money.  The IPA has a long affiliation with Hoag Hospital in Orange County, CA.

To elaborate a little further here Blue Shield has already over the last couple of years worked with their technologies to benefit doctors and patients.  One contract which was awarded to a company, Office Ally is a step in that direction.  I know the company being here in southern California where they have been located for years and their primary business has been to offer “free clearinghouse services” to doctors to where the insurance companies pay.  That makes sense as the insurers are the ones who benefit with scrubbed claims.  You might remember the contract that was announced back in 2009 and as I understand this relationship has grown.  Office Ally has to create more value in addition to clearinghouse services and thus expanded to offer software as a service for billing, medical records and a PHR, which you can always find a link to here at this site.  A real life situation for e-visits was created to where doctors can get reimbursed.

So when it comes to keeping something of value and not moving and changing data and patients, Blue Shield already had a working program in place and all patients who were covered under Relay Health from McKesson were transferred.  So now after this amount of time, move files again and disrupt what has been working?  The reason I say this is due to the law suit Blue Shield has filed against Monarch Healthcare IPA (the one that is owned by United Healthcare).  As you can see there are remote monitoring partnerships set up here too.

The AMA a while back wrote about the ability for physicians to get paid for online consults with Office Ally as well, so again with working with various areas of technology the GPS IPA sounds like they can use the technologies to work on the ACO as much is already there.

“Today, Patient Ally was discussed by the American Medical Association as a physician’s solution

Patient Ally is working with Blue Shield in California to supply this service for those patients insured under the program.  If you have seen or worked with Relay Health, this is very similar and the same concept. 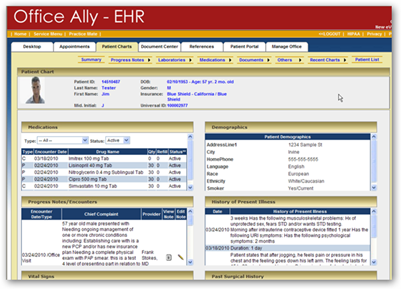 Now for what is happening at the other end of the stick, the lawsuit from Blue Shield and after reading this you might say hmmmm….as if this is in fact true to where patients are being coerced to change doctors, well we have a lot more going on here than just a visit, it’s called data and moving and shifting all of that around, not as easy as it sounds.  If the MDs are already getting paid for online consults with Blue Shield, then a change will not affect both payments and the doctor patient relationship.

The legal suit says patients were encouraged to change plans to keep their current doctors.  United also bought another big IPA, Memorial Services up in Long Beach and from folks I speak with I heard some similar mutterings and concerns.  United does have hearings aids for seniors they make available too for almost little or no cost.

This brings me around to Chapter 6 of my “Attack of the Killer Algorithms” series as when people and records are constantly shuffled around and data errors occur, is there anyone to fix it for you?  No you have to do it yourself and chase data so big corporations can profit huge by selling data.

The United conglomerate is getting so big and diversified that they have an entity or subsidiary to serve almost anyone’s needs in healthcare and it all goes to their one big profit center for shareholders.  If sales leads are interchanged, which I don’t’ know if they are not not, but it could one heck of a system for each entity to share information with the others and send in what ever subsidiary was needed for a sale?

Again it’s all the call of the contract it seems today and nobody is giving a lot of thought to how the patients need time to review and consider all their moves but rather in some areas it’s a push and shove routine as you can see here we have systems in place and you just can’t keep uprooting people by the minute.   Contracts require more algorithms to run then so we truly are under the “Attack of the Killer Algorithms” today as patients and consumers.  I have about 20 chapters on this with links below.  The video at the link below is well worth watching as it will help educate you on how some of the “for profit” algorithms are created more for desired than accurate results and sadly the 2 are not always the same, as they should be, great presentation done at Google’s New York office by NYU professor Siefe, one of my favorite mathematicians.  BD 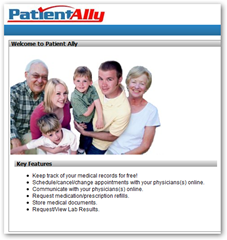 The program will launch on July 1 and lasts for an initial 36 months, with the partnership agencies intending to extend the duration in order to provide a more tangible and beneficial impact on employers’ and members’ healthcare costs and expenses