Here we go once more….they just don’t get it!  Let’s not forget about the IT infrastructure that needs to be built to make it work.  We are seeing a lot of this of late with politicians not quite comprehending the full ramifications on how all this comes together.  This is a pilot program and what better way is there to see if the exchanges will work as well.  Other areas of Health IT suffer the same problems as web cloud services were knocked out of budgets last year as well. 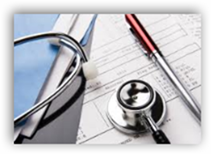 Again, I think we really need a better educated group in Washington to understand how the technology part of laws enacted today play out as it’s the key part that makes everything else roll, but apparently this has not quite sunk in yet.  Even the Supreme Court understands the complications to the law and has put it out on hold for a while.  How do more become insured if the IT systems are not built to allow this to happen with connecting data and information?

Every law passed needs a system to enforce, allow access or whatever, and the sooner this awareness is recognized and the talk included with discussions I think we could see some “smarter” laws created with everyone understanding the entire concept all the way around. Without an intelligent plan, everyone gets left in limbo and nothing gets done.  Businesses are prepared though and just use their algorithms to adjust and change their models based on laws that are passed, miles ahead.  Once you have this infrastructure built, it can certainly be modified and changes made to adapt to changing times and budgets as well.  It won’t go to waste.  BD

A $48 million grant from the federal government to help Oregon create a health insurance exchange is endangered, and some Democrats say it's because of Republican opposition to the federal health care overhaul.

The budget has set a deadline of Tuesday to post a bill that would formally apply for the money, and Republicans and Democrats had not agreed Monday to let it happen. Oregon's Medicaid system was one of seven in the U.S. to be selected for grants to create insurance exchanges that could be models for other states

Republicans say they're concerned about the state's record of managing complex information technology projects, including a recent struggle to create a statewide radio communication network for first responders. The project has been criticized as mismanaged and over budget.