Home » Medically Related » Other Items of Interest » Thousands of Nurses To Strike on Thursday In California to Include Sutter, Kaiser Permanente, Berkeley Hospitals and More

Thousands of Nurses To Strike on Thursday In California to Include Sutter, Kaiser Permanente, Berkeley Hospitals and More

Strikes from nurses in California seem to be taking place a bit more frequently although nurses are going on strike all over the US.  Back in March of this year in Southern California nurses held a one day strike in the Los Angels area wanting better working conditions.

If that wasn’t big enough we all have read this week about the folks protesting on Wall Street but they were not the first as back in June of this year thousands of nurses also walked on Wall Street.

To be more specific the nurses were calling for a half-cent tax on stock and bond sales and other financial transactions and is called "The Main Street Contract for the American People".  The nurses address that people are suffering but the news isn’t covering it and the loss of home nursing services that are disappearing all over the country due to budget cuts.

The Kaiser contract was settled but the union has asked for their “sympathy” support.  Sutter Healthcare seems to be the big healthcare system in focus as they are the most profitable and are seeking concessions from the nurses.  One of the controversial items is the elimination of sick leave and I do have to say that would be big in my book too if nurses are working sick and it would come down to patient safety issues there.  BD 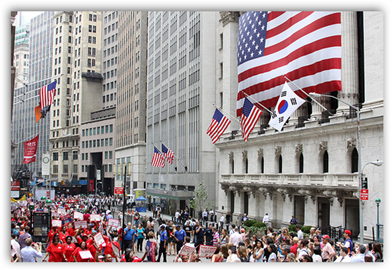 Nurses from Berkeley hospitals will participate Thursday in a massive strike along with thousands of nurses across the state.

Nearly 23,000 nurses from the California Nurses Association — a sector of the nation’s largest nurses’ union, National Nurses United — are planning to walk off the job at Sutter Health affiliate hospitals and Kaiser Permanente hospitals across Central and Northern California, including two Alta Bates Summit Medical Center campuses in Berkeley, according to a press release from National Nurses United.

The strike addresses what the national union calls “200 sweeping demands for concessions,” and comes in the midst of contract negotiations between union nurses and Alta Bates administrators, according to Carolyn Kemp, director of public relations at Alta Bates. In a Monday press release from the national union, the union expressed concern over proposed cuts to workers’ healthcare coverage and the elimination of paid sick leave, which it said could force sick nurses to work and put patients at risk. Contract negotiations have been ongoing since May.

Nurses from the Children’s Hospital and Research Center in Oakland will also strike Thursday as a result of their own failed contract negotiations.