As of today the jury is still out on what the outcome of the giant proposed rate increase will be here in California.  We have read about what is going on in Massachusetts; however their insurance carriers are non profits, WellPoint in California is for profit and by law the shareholders and dividend concerns come first. 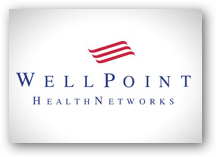 Last news issued stated the increase was held off until May 1st.  You can read below on what some speculate as far as either another 30 day delay or potential limits on policy increases.  Also, as addressed below due to coming close to the draw lines here, Wellpoint stated they may not have time to notify everyone as well, so your notice could be your next bill when it arrives, stay tuned and keep an open ear on this one especially if you are an individual policy holder.

This certainly keeps getting uglier all the time and somewhat makes a statement too for having more non profit insurance available as with the new laws that come into effect in a few years literally are forcing individuals to support the stock market in order to have healthcare coverage by sending premiums to companies that by law have a first responsibility to answer to shareholders first, patients and care come second.  BD

Thousands of worried Californians who buy individual insurance policies from Anthem Blue Cross will soon learn whether they face rate increases of up to 39% that were put on hold for two months amid a public outcry that helped revive national healthcare legislation.
California's largest for-profit health insurer agreed to postpone the increases for many of its 800,000 individual policyholders until May 1 while an outside actuary, appointed by state Insurance Commissioner Steve Poizner, evaluated its spending practices.

Poizner did not respond to requests for an interview. On Friday, representatives from his office and Anthem's parent, WellPoint Inc., said the two sides had yet to address the rate hikes despite ongoing speculation that WellPoint might delay them an additional 30 days or limit the increases to 10% to 15% through the end of the year.

A WellPoint spokeswoman acknowledged Friday that the Indianapolis insurer will not have adequate time to notify customers of any changes within two weeks. The company, Kristin Binns added, has no agreement with Poizner to extend the delay 30 days.

Executives also point out that an outside actuary evaluated the California rates and found them reasonable.
Binns, the WellPoint spokeswoman, called the rate hikes "actuarially sound." She said the company is having "ongoing conversations" with the Insurance Department and its actuary to finalize its report. Those talks, however, have not expanded to include rate increases on May 1.