Where’s the NSA when you need them, right?  Heck with all they have, why didn’t they catch this guy:) 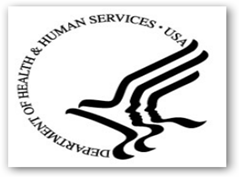 I do like the content here too that Tech Dirt brought up about our next Sebelius Syndrome in the making.  The new White House Cyber boss proudly tells everyone how little he knows about cyber security.  Well thank you not we are still living through enough of those out there, like Mary Jo White at the SEC, Richard Cordray at the Consumer Financial Protection agency and a host of other characters.  I can’t help but wonder too how the Oregon Exchange lawsuit with the digital illits up there plays out too.  Time for some folks that have some data mechanics logic that are not porn seekers on the side.

I agree here with is it too much to ask to weed out violent child rapists from the rank and files?  BD

Oh, well that's just great. The head cyber-security guy for a government organization that includes divisions for preventing child abuse and child support enforcement was a pedophile at best. Let's be clear: according to the evidence presented by prosecutors, DeFoggi is simply as bad as it gets.

"Through the website, DeFoggi accessed child pornography, solicited child pornography from other members, and exchanged private messages with other members where he expressed an interest in the violent rape and murder of children," prosecutors added. "DeFoggi even suggested meeting one member in person to fulfill their mutual fantasies to violently rape and murder children."