Of course everyone is concerned as this is taxpayer money, but on the other hand Oracle did spend the time and it comes back to nobody an integrator, just like HHS did at Healthcare.gov in thinking they could oversee the project.  Well the feds didn’t get off the hook and I doubt Oregon will either.  We need some folks in office that have some “data mechanics logic” as this is just one more example on how the “Sebelius Syndrome” lives on.  That syndrome keep rearing it’s ugly head over and over.

I followed this story and there’s more to it than what is just stated here as Oracle was already in house working on another project that was for social services and then, and then, and then….the government decided to integrate the two and that 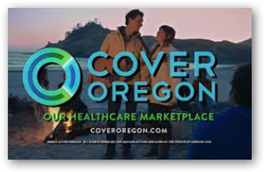 was not a good decision as when it was announced Oracle got the additional contract as the other bidder withdrew and walked out.  The time frame was tight and the digital illiterates in Oregon were looking for “Algo Fairies”.  I think if the state government would have keep their mouths shut and worked with Oracle more instead of this very public witch hunt and had hired an integrator even later it would not have come to this.  As a company all you have to do is look at all the serious integration Oracle has done and and they don’t mess around and crank it out one integration after another.

Even in what I do, I get novices that know nothing about data and it’s only their perceptions that are wrong, and they want to beat me up too and will argue with me on how do things and forget I was the coder, not them.  It still happens when I speak data mechanics logic too, people don’t want to believe me and they can’t win,  it’s like fighting with a car mechanics and telling him how to fix your car, but in the software world it goes on forever and that’s why I came up with the name “Sebelius Syndrome” as she was just out there so often off the wall with wrong perceptions and statements that it was comical on some of the stuff she said as it flat was her weird logic perceptions which were wrong and she was always looking for Algo Fairies.  We have the same thing here and when digital illiterates come back with their non data logic and it’s not that way, well you just shake your head as you know when you develop and keep all your records, they are going to fall on their faces.

So I guess at this point the FBI dog and pony show is done:)  What were they going to find?  Duh?

It’s kind of sad that it all has worked out this way but the Governor should have handled this a lot different and you would have had a much better end result than this.  Oracle sent people to work on the fed’s system and that too was not Oracle’s products’ fault at all, it’s configurations and apps and integration.  These huge projects are not off the shelf data systems.

Well sadly this what you get when you have digital illiterates on old type witch hunts instead of approaching things with a bit more intelligence.  Again I see the point that yes this is taxpayer’s money, but on the other hand get some new politicians that understand just a tiny bit on how massive projects like this work and how they need to be handled.  There’s a lot of politicians like that, all the way up to the White House and in Congress.

Our Congress chooses to remain stupid in the most complex times that have ever existed and won’t restore the badly need non partisan office of technology assessment.  If I were in Congress I would want it and would be hitting the others on Congress over the head until I was able to get that very badly needed agency back in place too.  Sounds like these folks came out of the same tomato patches that grow in DC  when it comes to technology.  BD

The lawsuit also faults the state's decision not to hire a systems integrator, who works as a sort of general contractor to coordinate and direct the work of multiple technology vendors. With the state acting in that capacity, the lawsuit says, Oracle programmers were at the whims of indecisive and warring state managers.SALEM, Ore. (AP) — Oracle Corp. has sued the state of Oregon in a fight over the state's health insurance exchange, saying government officials are using the technology company's software despite $23 million in disputed bills.

Oracle's breach-of-contract lawsuit against Cover Oregon was filed Friday in federal court in Portland. It alleges that state officials repeatedly promised to pay the company but have not done so.

The lawsuit seeks payment of the disputed $23 million plus interest, along with other unspecified damages.

Oregon's health-insurance enrollment website was never launched to the general public. State officials have blamed Oracle, but the company says the state's bad management is responsible.

"Oracle gave that help for many months, in spite of the public excoriation, because it was committed to helping Cover Oregon complete the project and because Cover Oregon repeatedly promised to pay Oracle for its services," the lawsuit says. "In the end, though, Cover Oregon reneged on its promises, thus prompting this lawsuit."