This was a nasty battle and you can reference the link below and get caught up.  The doctor was a whistle blower 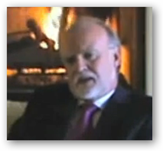 r so that explains the politics here as it’s never easy for them, but his claims were important as he exposed serious problems with the transplant record keeping and they fired him afterwards.  The battle then went forward with Dr. Steve Goldschmid, dean of the UA College of Medicine.

“Before his suspension, Gruessner had brought stability to a historically troubled department that’s vital to Tucson. He more than doubled the number of surgeons, added new transplant services and rebuilt Southern Arizona’s lone top-level trauma center for people with life-threatening injuries.”

Below is one video of several interviewing the doctor on what happened and his thoughts.   BD

TUCSON - Twenty days after his hearing, a three person independent panel has cleared Dr. Rainer Gruessner of all charges. The UAMC transplant surgeon asked to have his job back, after he was suspended with pay last December, accused of altering a hospital database.

The panel found that Gruessner acted reasonably, and came to the conclusion that his termination was not justified. They recommended University Physicians Healthcare should issue Dr. Gruessner a public apology, saying Dr. Gruessner deserves to have his name cleared.

The panel also recommended Gruessner be reinstated as a faculty member, but not with his previous privileges or titles. To help him re-enter into practice, he would be considered a 'Professor of Surgery.'

"I am absolutely delighted that I've finally been fully vindicated after fighting to be able to tell my story. If only the administration would have given me the opportunity a year ago, we could have avoided all of the costs and heartache over the last year," said Gruessner.