Home » Insurance » Medically Related » Patients In Tennessee Speak Out About United Healthcare Firing Their Doctors As the Effort Continues To Reduce Their Own In House Overhead With Managing Fewer Doctor NPI Accounts, Contracts and Billing…More Killer Algorithms At Work Hurting Seniors

This is getting old and it really sucks as when you listen to the video the one doctor asks what he can do to stay in network and will work with United so 100 patients don’t have to change.  You take the CEO of United and put him through the 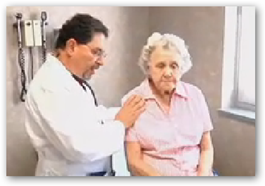 same thing, you think?  He wouldn’t like it but he’s wealthy and doesn’t have to live with what the real world goes through here.  Below is the first post I made on this state as as you know the firings have hit in many other states, New York, Connecticut, Massachusetts, Rhode Island, Ohio and many more.  When it comes to human compassion and care, this is really a two faced company.

Even recently the AAFP said “we aren’t going to take it anymore” again reflecting on the insurance business with a primary focus on United Healthcare.  The AAFP has been trying to make some inroads with doctors getting paid at rates less than Medicare with many MDs in the US.  600 doctors are being cut by United and the patients can’t make changes until 2015.

So United is trying to shift people to different doctors and that is getting interesting too as instead of getting referred to another family practice doctor, the United algorithms are messing up and shifting people to OBGYNs and neurologists instead.  Again this is data mix up here when stuff like this occurs.

Who do they cut, a doctor who specializes in geriatrics for one.   He tried to appeal and said he would do anything to stay in network, but the profit making algorithms of United said no.   This corporation is just ripping people’s lives up and this is really bad.  Patients feel their freedom has been taken away and some patients can’t get in to see new doctors for 3 months.  Why don’t we have optimization of people instead of optimization of networks.  They just want less data to work with when it comes to billing, having to keep track of fewer NPI numbers, etc. for billing as well as the status of the doctors.  If current doctors offer to meet the rates they are paying, there’s no reason to narrow the network and in the end this is all done to make the United Healthcare data less complicated to work with, not about better care so they can hire fewer employees on their end and have less data expenditures.  Let’s also not forget all the data the company buys and sells as well, it’s a ton to include patient credit card transactions.

In the meantime, United continues to guide CMS on their care models and create even more complexities for consumers to deal with so this is totally one sided here when the dollar amounts paid out are the same, they just want less data to manage, flat out so inconvenience the hell out of consumers for this!  Again if you believe any other reason for this when doctors agree to lower rates and the same that current doctors are getting paid, you better think again on that one and watch video #1 in the footer here, “Quantitated Justifications for Things That Are Not True”   That also seems to fit a lot of the studies we have read from United over the last number of years too about how different technologies will save money in healthcare and flat out, it was all bunk done for marketing purposes.

Let’s not forget Andy Slavitt from United now being the #2 person at Medicare and all these types of business models will be shoved down that pipeline as well over there as they have been quietly behind the scenes for a few years now.  I happened to run across an old article with Senator Rockefeller and the Senator sat there with both the CEO Hemsley and Slavitt (who at the time was CEO of Ingenix)  and basically in so many words told them they were both somewhat less human in their thoughts with their arrogance.  BD

KNOXVILLE (WATE) - Thousands of patients in Tennessee won't be able to see their doctors after United Healthcare makes a change in their Medicare plans. A concerned relative contacted 6 News this week worried her mother's health would suffer. And we soon found out, she is not alone.
It turns out this is happening all over the country. About 600 doctors in Tennessee alone are finding out that they're being cut this year from the United Healthcare Medicare network. With no option to change insurance companies until 2015, that leaves all those patients without a doctor they know and trust for the rest of this year.

Like most of the patients, Griggs has been with Dr. Mire since he started his practice 30 years ago and she has numerous health problems. Most of the letters the patients got from United Healthcare last week recommend a new primary care doctor. Griggs says hers turned out to be a neurologist, not primary care.

"Q. Why is UnitedHealthcare making these changes now, when members can’t switch to a new plan?

"A. We feel these changes will have a positive effect on the overall quality of our health plan and our member experience. The timing of these changes was driven by our desire to make these improvements as quickly as possible and to ensure beneficiaries have a clear understanding of our physician network before open enrollment in the fall. We understand the concern this may cause our members, and we are prepared to help them make any necessary transition and, most importantly, prevent any disruption to necessary care they are receiving from their doctor."