Home » My Commentaries » Other Items of Interest » Technology » One More Reason to License Data Sellers–Income Tax Fraud On the Rise-Who Are You Buying Your Data From And Who’s Buying Your Data? 60 Minutes Report 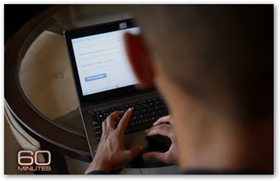 don’t like this as consumers as the data gets flawed and removes our dignity.  60 Minutes has a good report on Income Tax Fraud and when companies are buying data, where is the data coming from?  This is turning the story around a bit but how much gets recycled?  We don’t know.

They did a good job in covering Miami to where it runs wild.  I just did a post on a hospital that had their third data breach in 2 years and it’s all inside jobs with people selling patient data for money.  It’s scary as the former data seller and IRS tax filer tells how easy it is as “people need the money”.

This also shows how far behind the IRS is with their data systems and not matching up W-2 forms and 1099, the fraudsters can just make them up.  In addition UMPC Medical Center was hit with this type of  scam, again people selling the data as they need the money.  In Pittsburgh they also have the mayor filing a lawsuit to get the tax exempt status away from the hospital as they make more profits than any other in the US.  Employees had their bank accounts drained as well as tax returns filed.

It goes on further, even US Attorney General was hit, Eric Holder and someone filed a tax return on his social security.  This can start at the low end but people take data and re-package us over and over and over.  Look at the hassle the innocent people have to go through with all of this.  People

have lost businesses and other things in life they need.

I’m waiting for the next crisis to hit with people that purchased their health insurance through Healthcare.Gov to get hit with this when it comes to verifying income with the IRS, will they lose their subsidies?  You do have to remember that the IRS and many other government agencies still work with COBOL and sufficient middleware is needed to allow data to flow back and forth.  At this point you wonder, why did the government create this model?  It was data novices’ with a “wish list” in control and having novices in charge is getting more dangerous in government every day.

Again this story is about a low level type of data theft but all the data gets recirculated at some point, and what about the Data brokers selling public records?  How’s this going to continue to cause havoc for consumers?

Pay attention also to the prepaid credit card connection here as well and how the fraudsters work it.

Again the data business needs a big clean up as data selling is a runaway train.  Medicare payments come via prepaid credit cards.  The IRS can’t tell the difference at times.  With requiring licensing for data sellers again this would give law enforcement yet another leg to stand on with finding and convicting such fraud.

Even those who do buy and sell data are at risk of getting “hot and stolen data” so again, data licensing and distributing should be licensed.  Here’s another case of stolen data traded and sold right in the open on the internet.

Sunday, September 21, 2014
My Commentaries , Other Items of Interest , Technology