Not too long ago CMS said such plans should remain flat as far as price increases and once again they were wrong.  CMS needs some new models and obviously Burwell is just in a guessing game as she’s not any better than Sebelius in essence and I have not seen much that is impressive at all that has come from her direction, and basically we just have a “body” filling that agency head role.  It’s a very important role and yet we seem end up with the worst folks imaginable trying to run HHS.

In New York, many seniors will pay more for both premiums and prescriptions and the average premium 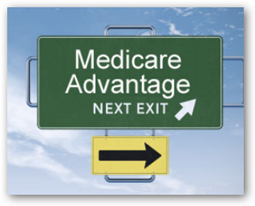 in New York for Medicare Advantage is around $55.00 or so.  The number of Advantage plans with zero deductible is also decreasing.  We have all read about United dropping doctors from their plans and in Florida we have Humana doing some of the same thing but the company is not near as big as United but it’s happening there too.  In view of this many patients are being forced back to traditional Medicare.

In North Carolina Blue Cross and Blue Shield are cancelling plans and was sent to 11 counties.  Those people have to change plans and some change doctors, so here we go again.  The plans are likely to cost more.  Due to Medicare rules from CMS, the public can’t see what’s being offered until October 1st when open enrollment starts, again a failure that rises to the top of HHS in not being able to model or adequately understand how health insurers work.  The operating plans and business models have changed as insurers change their budgets almost daily it seems at times, yanking lives apart and forcing seniors in their late years to deal with such complexities.  This, the link below is part of that reason.  Quants are no longer just limited to mathematical functions at hedge funds and banks.

In Hawaii AlohaCare is dropping one of two Medicare Advantage plans they have next year which affects a smaller number of 1300 seniors.  CentraCare will be ending it’s participation with Humana in January in Minnesota.  In Georgia, WellPoint is dropping their Medicare Advantage plans for retired seniors and and the only option left will be United Healthcare which affects around 100k or more.  In New York, MVP will no longer offer managed Medicare plans for over 2000 seniors.

I could add a lot of this activity stems back to a recent audit at CMS to where insurers (and we don’t know which ones but you can say it’s a big group) were using a risk fiddler algorithm to raise the amounts that were billed to Medicare over a 5 year period to the sound of $71 billion, which in essence means that around $14 billion less will be paid to insurers managing Medicare Advantage plans, so do the simple math and I think there’s your answer as this was considered “fraud” in the articles I have read, more at the link below.  These are the same types of financial models that are used on Wall Street to play with risk for profit and you can listen to quants talk about how the models are pretty much the same with a little tweaking to be used outside of the financial district.

So part of what you read in the news is hogwash as CMS will report successfully negotiating with insurers for what they will pay, and on the backside you have these automated algorithms increasing the pay to insurers above and beyond what CMS negotiated and it took them 5 years to find the bill fraud as it’s called.  It’s a good money game when you can do some Algo Duping and have great news coverage and use some “white collar code hosing” to increase your profits as now what’s the next move for CMS?  Any changes and drops, which may occur will directly impact the benefits and offerings of Medicare Advantage.

Doctors like traditional Medicare as it works and it may not pay the best, but sometimes it does as in California where United via complex contracts pays doctors “less” than Medicare if you can believe that one.  Medicare Advantage coverage is complex and doctors often get delayed payments.  Due to cost and unrelated contracts, an outside provider often must perform simple tests or labs.  Sometimes HMO plans force patients to receive chemotherapy at home too.

What seniors receive and the kind of care and from whom is all just an algorithmic business model these days and as you can see is subject to the drop of a hat a times.  This is why everyone hates health insurance as there’s few consistencies anymore.  Insurance carriers are in fact driving themselves off a cliff when it comes to collection of a lot of non relevant data as they buy up all your credit card data and other information hoping to zero down on something with a query they can eliminate to save money, that’s the blatant truth of how it works.

It’s a cost game and insurers are also putting themselves in a bad spot as well as many of their models are failing and seniors see this in lack of care and having to up and change doctors and plans.  This is the Wall Street style profit models that exist.  I said back in 2009 that insurers would just literally run Sebelius over as there was no way she would ever be prepared for any of this and of course even at that time such math models were in existence.

Medicare Advantage programs have tried to justify higher government reimbursements by claiming that they keep patients healthier. But if their patients appear to be healthier because they have pushed out less healthy patients, then they are not meeting their “responsibility.”  Interesting too that Medicare is not covering hearing aids and there’s a movement to get some changes there.

Now look at what’s at the link below..the same company that’s knocking off doctors right and left will also give you a deal on a cheap Chinese made hearing aid, one of the many companies United owns and created, hiding in plain site as they take over more and more of what the governments does with Medicare.

Hospitals too are not happy with they way they report to Medicare either and again we the same old failed models making things worse for all here too.

Long and short of all of this is that CMS got duped, duped and duped again with the models they are using as we have had years of Untied Healthcare being their mentors on what they have developed.  It is what it is and began way back with Hillary Clinton brought in Lois Quam, who at one time was the number two executive at United and all their algorithmic models they touted would be the cat’s meow.  It’s further evidenced when you look at who’s the number two person today at CMS, right out of United Healthcare so again the parade of individuals continues to be built on what an insurer brings to the table with lacking the internal talent to model and create something purely by the government. The models are failing and this is the end result of rationing care to seniors, right and left with constant changes and not knowing when the next shift will arise.  Here’s a couple links that might be of interest as to what’s going on with leadership at HHS/CMS.  I haven’t seen one item of intelligence come out of HHS since Burwell took over and she’ probably taking orders from someone else I could guess she might end up being worse than Sebelius if that’s possible.  She has no clue and yet just one more figurehead appointee.  BD