Home » Insurance » Medically Related » Small Practice Physician Talks About Health Insurance, For Him, Family, His Staff And Of Course Patients

Small Practice Physician Talks About Health Insurance, For Him, Family, His Staff And Of Course Patients

I took a few of the highlights from this article but the doctor is talking about the increases first of all with his own insurance being pretty big and then continues on to how he will have to adjust for his staff.  As a small employer has has provided insurance for his staff 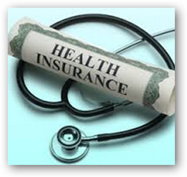 for many years and now like everywhere else the employees will be carrying more of the cost.  His cost has doubled for what he provides employees.  He too has to appeal his own insurance claims.  For his own coverage for a wife and one child he’s paying $2900 a month now, up from $1480.  That’s a big increase.

In addition he refers to a procedure that is about 30% of his business as an optometrist and insurers are no longer paying for and thus he has to bill patients.

Highmark Blue Cross has cut what they pay him by about 40%.  He brings up the age issue when hiring a new employee too as thus far it has not been a deciding point but wonders if it will be someday as the cost of insuring older employees goes up quite a bit.  He’s working hard to keep the employee insurance going and to not turn them over to the insurance exchanges, but the cost keeps rising and rising.  BD

• Highmark Blue Cross Blue Shield, the largest insurer in Delaware, has cut what they will pay him for what he calls a "bread-and-butter" eye-care category by 40 percent. The change is fair and non-negotiable, he was told.

• The premiums for his health care policy and those he offers his employees have just about doubled for 2015, the first year they must purchase plans compliant with the Affordable Care Act.

• His own physician has ordered a CT scan of his sinuses. But his insurer says it won't cover it. He could appeal and he believes he would win, but why should he have to? Why is coverage so tough to use? What are so many claims denied first and dependent on appeals?

And that doesn't count what's happening to his patients, he says, the ones who can't pay their deductibles (the amount they must pay before their insurance kicks in) and get behind on their payments to him.

Lavenburg says he doesn't count on seeing any of that money, though it is due to him. And he tries to help patients out when he can, sometimes by front-funding their deductibles or finding other ways to ease the financial burden of their care. He had to hire someone full time just to explain insurance benefits to patients before they come to the office.

So this wave of 2015 policies are coming in with new price tags and the new essential benefits mandated by the law.

His practice administrator, Greg Allen, will see his premium go from $441.91 to $826.24. Allen has a $2,500 deductible, so he thinks it's unlikely that he will see any benefit from that coverage.

"I have people who have been here 15-plus years," he said. "They're valuable to me and I don't want them to leave ever."

He says he won't cut their coverage. But he pays a flat rate toward their premiums, $350 each, which means they'll be paying a lot more for their insurance next year.

As Allen explains it, Highmark used to pay for a comprehensive exam under one code, refraction under another. Last year, they stopped paying for refractions. Doctors had to bill patients.