Home » Medically Related » My Commentaries » Other Items of Interest » Dating Site Fined $16 Million For Sharing User Data With Other Sites Revealing Their STD Status And More..

First clue here when a site has a drop down for you to pick out an STI status (and I guess it would have a choice for none too) leave it blank for the discreet data choice.  According to this article the profiles were shared with other dating sites the company owns or manages and the STI data, your health information went right with it.  This is big fine for a dating site I must say too.  You also need to read below 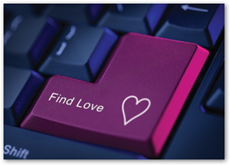 and see the names of the other dating site and the name of the report, Herpesinmouth.  I couldn’t make that up, the name for the report that is.

In addition it sounds like we had some flawed data in here too and this goes to what I talk about all the time, the data selling epidemic in the US so sure they sold from one site to another even though under the same umbrella.  Profiles showed people black who were not black, gay who were not gay, HIV positive who were not.  Ok so this is how someone maybe selling the data even though the article says they don’t sell the data.

The argument here was the “privacy policy” that nobody either can read or understand.  The clause “in network” could also be questioned as another dating site could be in network but then actually not owned by the same large group that appears to own several of these sites.  All I have to do anymore is write a post about diabetes for this blog and then the bot crawl and I start getting the “now that your are a diabetic” emails, and I don’t have diabetes, just the bots crawling my blog to match up for junk mailings.

The court also said their privacy policy stunk too.  So here’s the link to my privacy/transparency campaign below to get a law passed that would require all data sellers to be licensed which would provide an index on who all the data sellers are.  Please donate if you can as this stuff is going to keep getting worse and with having to buy a license so we can index and know who they are and what kind of data they sell, it could bring about some accountability with data selling out there if consumers have the ability to have a “look up” reference.

So hey, let’s put this stuff on Facebook too (grin) as I had to say that as we have been seeing all these data naïve folks talking that Facebook is going to be a new healthcare platform for people to share.  Well, if data selling bug has hit here, imagine what would happen on Facebook, but the data novices who get duped at times out there were just writing it up all over the web (grin).  Insurance companies buy and sell a lot of data and use the link below to find out more as they buy your credit card data and so on.  That means if you use a credit card for your dating service payments, they see those transactions too and mine data on the web so with data getting so screwed up, who’s to say that some of this garbage will end up flawed and 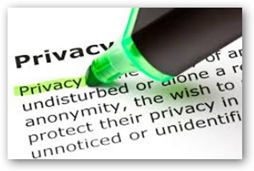 where it shouldn’t be and some insurance company starts assuming one has an STD or an STI when they don’t.

Insurance Carriers and Brokers Are Big Data Players With Data Mining, Selling and Analytics–Need to License All Data Sellers So We Know Who The Big Profiteers Are..

Again with the issues of so much flawed data, they’ll have us all infected whether we are or not (grin).  Here’s a stupid hospital buying up credit card data and data broker information on all their patients so yeah you won’t flawed data filtering in there with some doctor seeing on a dating site an erroneous STD notation as they’ll think you are lying to them:)  The doctors at this hospital don’t want to rummage through this information but some bonehead administrators are pushing it.  BD

Last week a California jury rendered a $16.5 million verdict against a dating site for allegedly sharing user data with more than 1,000 third parties. Dating profiles are always somewhat embarrassing, but the data in question was particularly sensitive to users: their STI status. PositiveSingles billed its site as “100% Anonymous,” with a target audience of single adults wishing to escape the stigma associated with many STIs. Users may select from a dropdown menu of STIs, several of which are—bafflingly—fully treatable. What went wrong?

Unbeknownst to many users, PositiveSingles’ parent company, SuccessfulMatch, allegedly shared user data with hundreds of its other dating sites, which include illustrious titles such as RichDateBusty, EquestrianCupid, NudistFriends, and, according to one report, Herpesinmouth.

This is also not the first lawsuit brought against SuccessfulMatch. In April, a judge dismissed a federal class action suit after two women claimed that SuccessfulMatch illegally shared their HIV-positive status and other personal identifying information with more than 1,000 other websites. This matter largely centered around the language of the original claims. The BBC reports that the women have filed an amended claim.

Tuesday, November 11, 2014
Medically Related , My Commentaries , Other Items of Interest