This was great as I was on Twitter and the doctor,  Dr. Pam Wible sent me the link to her recent video to bring attention to doctor suicide, so I said that deserves a post.   Doctors are under a lot of pressure today and they have administrators just pounding on 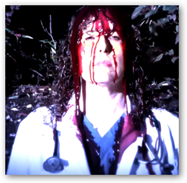 them and insurers pushing for production.  It is buried and recently I posted about a couple of interns in New York that jumped to their death and did any major media cover this, no.  It’s still getting many hits with hospitals and others reading the post and I used what information I could find, but as she says this gets buried.  Here’s the link below.

In addition a few days later another doctor committed suicide with a well established practice that rocked a community.

Dr. Wible has made it mission to bring attention to the number of doctors we are losing and created the physician suicide challenge (video below).  You can watch as she talks about the bucket challenge and talks about how she’s more challenged by doctor suicide.  Families deny the cause of death and names get hidden she states.  She said she was suicidal in med school and she survived and 3 of the students in school didn’t survive and committed suicide.  With her leadership a physician wellness program with free 24/7 access to psychologists was started in 2012.  Doctors can access services without fear or any worries about privacy as there’s not any notification sent to any credentialing or licensing boards.   The doctor says it’s a place where doctors don’t need to feel alone.

Below are a couple links to a documentary that I have posted a while back called “The Vanishing Oath” that I think are good for everyone to see as the trailer say it all if you don’t get to see the entire movie.  Many med schools and hospitals screen “The Vanishing Oath” so med students know up front what’s coming.

400 doctors is the size of a medical school to make a comparison as to how many MDs die from suicide.  You can also see Dr. Wilde’s TED presentation here.

In addition I try to cover some of the working conditions and what doctors are confronted with today, outside

of being a doctor.  Insurers are probably their biggest nightmare as well as coding as everyone want to tell them how to do their job.  In addition, we have the “Secret Scoring” of Doctors in the US and the subsequent rankings that come out.  The link below will tell you more about how insurers use mathematical numbers to dump MDs from Medicare Advantage networks with no reason or offer to communicate why.

Look at the picture on the right and see how many administrators there are compared to doctors and that kind of says it all.  Doctors are working with a lot of models for care today and some of those models are in fact broken as hospitals and insurers are dealing with the “Battle of the Quants’ as hospitals struggle to keep up with all the math and requirements of quantitated healthcare being dished out today.  If you don’t know what that’s about, check out the link below because this is reality of what’s going on with your healthcare today.  We can’t keep up as humans be shoved like data on markets and that’s a lot of what’s going on. Keep in mind some of the Quants working at insurers came from hedge funds and banks so they just look at numbers and meeting goals only and get completely removed from the fact that there are people attached to those numbers as well and that’s a big part of the problem out there today.  We can’t let the mathematical insanity and stat rat mentalities of insurers destroy the doctor-patient relationship.  BD

HOW YOU CAN STOP THESE SUICIDES:

1) Physician Suicide Etiquette: What to do when your doctor dies suddenly