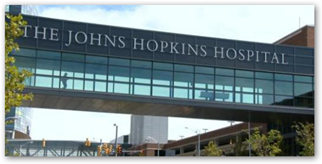 slightly above what Medicaid pays, so I’m sure that’s what’s going on here as it’s all contracts and price.  Other United Healthcare polices via employers and I’m guessing Medicare Advantage plans are still ok and accepted.  Insurance carriers have had a busy year with hiring armies of quants and have zeroed in on the restrictive parameters of policies they will offer and making more of them carry a very high deductible which is basically coverage for a major event for most.

We did get away from pre-existing conditions with the ACA law but now the insurer modelers have just moved that segmentation over to narrow networks to model with.

As a matter of fact the data at times with insurers due to frequent model changes that are also hard on us, we have cases like this in Maryland, where United bid and won a contract but then the left quant didn’t know what the right quant was doing and the doctors in the area had already been fired so they lost the contract as they nobody to see patients.  This is how the constant shuffling of insurance data, they do on purpose for profits is shuffling out to consumers.

So again, those buying a United Healthcare policy via an insurance exchange in Maryland, looks like you are out of luck for Hopkins and their doctors.  BD

Consumers who buy certain policies from UnitedHealthcare through the Maryland health exchange will not be able to use Johns Hopkins physicians or hospitals, the health system and insurer said Thursday.

Hopkins, one of the biggest systems in the state, is not excluded from all of the insurer's plans or by the other carriers on the exchange, created under the Affordable Care Act for people who don't get their insurance through their employers.

"We believe patients have the right to make informed decisions regarding their health care," said Patricia M.C. Brown, senior vice president of managed care and population health for Johns Hopkins Medicine. "Unless this limitation is clearly communicated, consumers who consider plans based on price alone may not realize they are restricting their access to the quality care and expertise that Johns Hopkins provides."

UnitedHealthcare is also still negotiating with the University of Maryland Medical System.

Other carriers may yet exclude some other health systems, though officials from CareFirst BlueCross BlueShield, the state's dominant carrier, said its networks were not narrowed for exchange policies and include about 45,000 providers.