Home » Insurance » Medically Related » My Commentaries » Other Items of Interest » The Take Over and Sell Off of the NHS–By Companies from the United States, United Healthcare and Others - A Documentary

This is a video created by doctors trying to save the US and it’s a striking comparison to the US and is in fact blaming the US for a lot of the problems with the NHS.  They do the comparisons of the US and the NHS.   They are not happy with what US companies are doing. 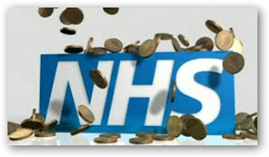 This is a long video of 57 minutes.

They talk about the same problems we have here with doctors being distracted, all focus being on statistics and forgetting they are there for the patients.  We talk about the large numbers of billionaires living in London and look where 3 bankruptcies took place with the NHS, in London.

In April of this year a former executive from United Healthcare took over the head job at the NHS and they were not happy as there were several areas on the web discussing this.

There has been a lot of privatization of the NHS in different areas.  You hear from a number of NHS employees, doctors and patients.  They too say that the public is not aware of how companies can invest the funds of the NHS to make money.

told to spend less money.  Many of the GPs are leaving medical care in the UK.  The put the GPs in charge of the budget, the old HMO story here.

Toward the end, the focus is on US Healthcare companies, United Healthcare comes up first.  The NHS is getting stuck with the model of healthcare used in the US the doctors state.  Also discussed is the consultants, i.e. McKinsey who make the private take overs possible.  Patients who really need care are getting turned away.  The employees are very angry at what has taken place.

Public services are being closed down and at the same time they are transferring services to the private trusts.  Employees are afraid to speak up with the current models.  People feel intimidated and afraid to be a whistleblower and it’s a culture of silence.  Real choices have been given to corporate profiteers and not patients.  This is also an interesting and maybe sad observation from Dr. Halamka, CIO at Harvard Medical now on the “fear” factor of the current folks at the NHS in using Chatham House Rule.  Give this a read and see how the agreement with NHS meetings allows folks to comment but not reveal who said what when they meet.  This is fear.

Cerner and United healthcare are two US companies that have expanded their interests in the UK.  You can see the impact of United/Optum here by visiting the UK Home page.

The one doctor talks about pre-mature discharges from hospitals that are taking place and doctors feel like they are failing patients due to the lack of resources.  Private companies they say hide behind the NHS logo.  Private contracts are removing money that had been available before for patient care. Commissioning as it’s called they say was created to allow private companies tap into the funds of the NHS.   You can’t hardly blame the NHS as look what happened last year when an insurance company over there literally bought up 47 million medical records so if that doesn’t make folks feel like they have been sold out, I don’t know what does.

In summary, the folks in the UK are not happy with our American companies taking over and as they say hiding behind the NHS logo.  It’s a lot of what we are unhappy with here in the US as we have been living it a lot longer.  BD