Ok so now we are at the top of the heap when insurers themselves can’t produce accurate listings, but …..they pay most of them so I would think if anyone could get it right insurers would, well that would be wrong.  In this article they examined dermatologists but I would guess there’s not a lot variance with accuracy through all listings and types of practice.   They found 9% were retired or dead.  In the past if you have r 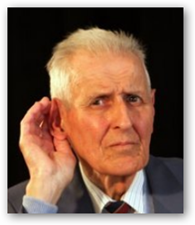 ead here long enough then you know about my conversation a few years ago with finding my former doctor on Healthgrades who had been dead for 8 years and that’s how I stumbled into this world of flaws and Vitals and a couple other were not any better and still about 4 years later, the sites have had a face lift but data is still flawed.

Even facilities were not accurate on Healthgrades either so you can still go visit the hospital where fake screws were put in patients backs and where the CEO of the hospital who bribed a state Senator is still listed and the case has been so very public.  The sites can’t even get those right.

Speaking of dermatologists, you can even go see Michael Jackson’s old bankrupt dermatologist as not too long ago, he’ still listed on Healthgrades too.  So if you see news about these sites improving, well I would not hold my breath and doctors are too busy today to go fiddle around with the sites to fix their mistakes.  There are also sites like ZocDoc where doctors pay to be on there and the site actually lets you make appointments with them and I would say the accuracy is a lot better as those doctors “want to be on that site” and they pay for it.

So what does this tell you about looking up a doctor on one of those sites if the insurance companies don’t get it right, yes indeed flawed data on Healthgrades and Vitals too.  A while back a doctor and I did a comparison between these sites and Medicare and believe it or not, Medicare didn’t include as much data but what they had was far more accurate, so much for punching the government on this one, as there’s plenty of other areas to go after, but doctor listings is where they have done a better job than private industry.  Also there’s another reason for all of this and that has to do with the “Secret Scoring of America’s Doctors” to where the armies of Quants that have been hired by insurers use pure analytics of some type to determine risk, costs, etc. and knock them off the network.  The link below has more on the number of quants that have been hired by insurers.  They want us as doctors and patients to move like algos and the result is flawed data.

This is what I call the Killer Algorithms at work as that’s what runs on the sites and puts the list together for you and it’s getting worse all the time.  Below is another post that discusses the Secret Scoring of Doctors, primarily by United Healthcare and when they try to find a patient a new primary care doctor,  they are matching up Medicare Advantage patients with OBGYNs and brain surgeons to see as their primary care doctors.  See what I mean about flawed data and the Killer Algorithms.  Of course those are errors to be fixed.   Read more about those problems at the link below.

However when you call up with issues, oh no the insurer is always right?  Not any more with what’s on the screens as again those Quants hired are rearranging their models and data bases all the time and now even the insurers can’t keep up with their own models anymore.  I have heard about doctors being matched to work together that have never worked together before.  Geriatric doctors have been fired by United and we’re talking Medicare Advantage here, so what’s up with that?   This issue is so bad that United couldn’t even keep track of what doctors were in network and went out and bid and won a Medicare Contract to find out they had fired all the doctors already in that area and lost the contract.  What a waste of time.  At least they didn’t get assigned to dead doctors and I have not heard that one yet but with the flawed data out there, it’s bound to come up.

Again insurers are paying the doctors so of all folks you would think could create an accurate listing it would be there.  Now on the other side, with the insured there’s a reason to keep good tabs as they get to sell our data and granted there’s some doctor 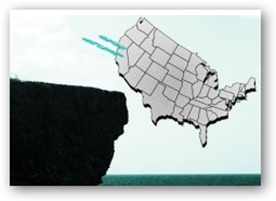 selling data going on, but nothing like what insurers sell on consumers.  As a matter of fact it’s like an addiction and you can truly see this playing out now with insurers driving themselves over the cliff with collecting non relevant data, just because it’s there and they can.  Yes indeed we have some insurers looking for a big data pot of gold that’s just not there.

I know there is certain level of information and data needed by all means but they don’t know when to stop, like buying up all the insured credit card transactions?  How does that deliver better care?  It’s doesn’t and it’s part of that non relevant data addiction thing.  We have Medicare doing the same thing in a lot of their analytics being they have been mentored by United Healthcare for so long with models like or very close to being the same they use.  Where do you think population health came from, United.

I saw it on a doctor’s desk about 8 years ago wanting the doctor to join up.  Population health if done in moderation can give you some real wisdom, but insurers and others stop when they need to?  Nope got to have those credit card transactions and other non relevant data to score up now that the flawed social network data is out there as we just might miss one tiny detail.  It’s going to eat them up as the ROI won’t be there as the cost do to all of this will kill it.  When I say moderation, yes it’s good to know where handicapped people are and live, that’s a plus and keep in house and don’t repackage it and sell it to everyone else.

Anyway, ask your doctor if they are in network I would say as their information might be the most current and forget all the flawed data out there beyond using the websites for more than a Yellow Pages look up.

(Reuters Health) - More than half the dermatologists in Medicare Advantage plan directories were either dead, retired, not accepting new patients or specialized only in specific conditions, researchers found when they tried making appointments.

Inaccurate directories of doctors covered by an insurance plan may lead to people having very few options and to the U.S. government approving plans that don’t meet standards regarding provider availability, the study team writes in JAMA Dermatology.