Here’s yet another hospital that ran out of money.  The hospital was self insured with Cigna operating the plan for them as the administrator.  In the lawsuit now filed, it states this began occurring as far back as 2011.  The US Department of Labor is also now 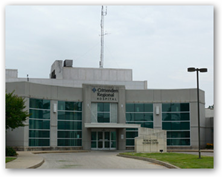 looking into the situation to see what happened.

Cigna themselves said the hospital owed $32,000 for their costs as administrators.  Many problems ranging from the retirement of physicians and diminishing patient numbers to monthly deficits of $3 million all played a role in the closing of Crittenden Regional Hospital in August.  There were some potential buyers for the hospital that backed out when they dug deep into the financials, too much to take on.

In addition more pressure has been added to urgent care centers with larger patient volumes since the close of the hospital.  The clinics say they are doing what they can and are “used to the high volumes” now.  This is going to be a mess though with employee health insurance claims not being paid as well.  Talk about getting medical debt from your employer the hospital and to find out that you had not had insurance for a few months and not been told.   BD

The ultimately fatal financial troubles at Crittenden Regional Hospital in West Memphis might have started three years ago, according to a federal lawsuit filed last month against the hospital’s former directors.

The lawsuit was filed by former employee Rhonda Michelle Goodfellow, who is seeking class-action certification for her case. She accused the hospital and its directors of using employees’ money that was earmarked for the hospital’s self-insured health benefit plan as operating revenue for the hospital, possibly as far back as 2011.

She is the second employee to sue over the allegations that the hospital took the employees’ health insurance premium money. Both lawsuits are seeking class-action status and are pending. The cases might be merged together.

Goodfellow’s 41-page complaint also shines a little more light on the collapse of the nonprofit hospital, which was operated by Crittenden Hospital Association. CHA filed for Chapter 7 bankruptcy protection last month and listed $33.3 million in debts and $27.75 million in assets.

Through the alleged scheme, the hospital deducted an average of about $200 a month from employees’ wages, supposedly to pay for health insurance. By not paying the third-party administrator, the hospital kept about $100,000 per month and more than $4 million between 2011 and September 2014, the lawsuit said.

“We can only assume that it was being used for operating capital,” Edwards said. “We don’t have any evidence that it was used for anything other than keeping the doors of the hospital open.”

When hospital employees would quiz Cigna as to why their claims weren’t being paid, “Cigna would respond that [the employees] were fully covered and they were under health insurance,” Edwards said.

In September, though, employees learned that they haven’t had any coverage since May, he said. “It was quite a shock to them,” Edwards said.

Goodfellow has received medical bills totaling $9,500 that she thought she had coverage for, the lawsuit said.