Daughters of Charity is a hospital chain formerly associated with Ascension Health, the largest Catholic healthcare system in the US.  It sounds like to me from what I have read, Ascension said they don’t want the debt and financial strain of Daughters of Charity.  In January Daughters of Charity being financially strapped had to put themselves up for sale.  Ascension is growing their hospital business and is even invested in a hospital located in the Cayman Islands that recently opened and at some point one could wonder is this were US consumers will end up going for surgical treatments when needed. 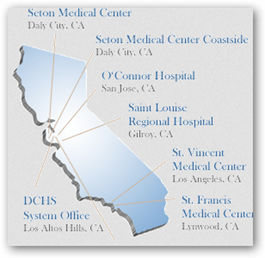 has formed, so again it appears that the Daughters of Charity didn’t fit their business model with being a capital strain.   This is sad though as we are seeing this over and over again in the US with hospitals that are providing a lot of charity care in the US.

Ascension was also in the news recently with two other hospitals working to share the risk and financial bail out of a 3 hospital chain in Arizona, Carondelet Healthcare system along with Tenet and Dignity to where Dignity appears to be in control of that group and I assumed to raise revenue Dignity would pull in Optum 360, a company formed by United and Dignity hospital systems to use that LLC in revenue cycling to see if they can shift money over there and potentially look for more ways with billing to increase some of their income.  You can read more at the link below on that story to ponder and see how all those entities come together.  You can see the big march with the Optum 360 company which is 51% controlled by Optum (United Healthcare) and 49% owned by Dignity and it gets pretty creative on how that company works.

Tucson, AZ Healthcare System To Form a Partnership With Not One But Three Hospital Systems, Tenet, Ascension, and Dignity, Maybe Getting That Care 360 Subsidiary In Place For Income Too?

Now back on topic with Prime and Daughters of Charity Hospital you can read the back link below to where the 6 hospital chain put themselves on the market, again after their affiliation with Ascension drew to a close.  I include all of this information as background to help see how all of this has come about with the business of hospitals today as it’s not as simple as you may think.

Moving further along Prime Healthcare and others began a process to bid for acquiring the 6 hospital chain and the workers who belong to a union filed suit against Prime purchasing the hospital system.  There were others who also were bidding to buy the hospital chain but they accepted the offer from Prime who is well known for the bottom liner who comes in to acquire financially struggling hospitals.  It began in California and they are now all over the US and you can see where in Kansas they are getting sued by former employees.  Prime comes in and cuts what’s not making money and knows the 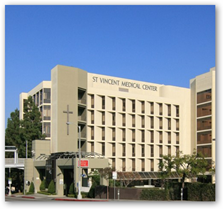 profits are in the Emergency Departments and up until recently was able to avoid contracts with insurance companies.  That in the last couple of years has changed a bit as Prime does have “some” contracts in place.

So let’s come around full circle here and this lawsuit also exists to where Prime is now suing the union in California relative to their being able to secure acquiring the 6 chain Daughters of Charity Health System.  Again with back links above, the big Catholic system Ascension has appeared to cut off any financial support with the chain, but is involved with the other two systems, Tenet and Dignity in saving the small 3 hospital Catholic chain in Tucson, Arizona as Ascension transferred their ownership interest to Dignity there.

As you can read in the clips below, Prime has agreed to take on pension liabilities for the current and retired employees and it’s not known if the other bidders offered the same.  Prime has invested money with upgrading the facilities they buy and again I live near one of their early purchases here in Huntington Beach and it went from being a very busy hospital to one that sees a lot of emergency room patients and of course has inpatients as well but compared to the activity you used to see there, you can roll bowling balls through their parking lot now.  Before it was always a challenge to park at the facility but not anymore.

anymore for financially struggle hospitals and I say that as if the California Attorney General disallows this purchase, it’s up in the air again as to where they would go.  Again there could be something coming out of left field but their former affiliation ending with Ascension would kind of lead you to believe they have no interest or perhaps something would have working in that area.  Prime Healthcare now operates 29 hospitals across the US with 4700 bids so this would probably be their largest purchase yet and they have acquired 4 other Catholic hospitals.

You can read the full press release here.

It took almost 9 months to get the offer from Prime.  Daughters of Charity have also been considered important safety net facilities in California and their cash flow will run out by the end of the year.  Daly City, San Jose, Gilroy are the locations of the hospitals in northern California.  In southern California St. Vincent in downtown is one big hospital in downtown included in the deal as well as St. Francis Medical Center in Lynwood.  Concerns are that the Trauma center at St. Francis could be closed with this deal.  We shall see how this goes and I don’t think there’s a lot of options outside of Prime that could take place unless something new would show up.  BD

Under the agreement announced Friday by the Daughters of Charity Health System, Prime Healthcare said it would keep all six hospitals open and maintain their existing services, including emergency rooms and trauma centers, for at least five years.

For workers, Prime said it would take on nearly $300 million in pension liabilities for current and retired employees at the six hospitals, which have been struggling financially.

Prime, a for-profit chain based in Ontario, also said it would spend $150 million on capital improvements over three years and maintain most of the hospitals' 7,600 jobs. Other financial terms weren't disclosed.

The sale must now win approval from California Atty. Gen. Kamala D. Harris, and opponents are gearing up to defeat Prime's bid.

The attorney general's office has approved two past purchases by Prime and rejected two others, the most recent being in 2011 for Victor Valley Community Hospital in Victorville. In rejecting that deal, Harris noted Prime's "disturbing business model" and said its takeover was "not in the public interest."