Here we go again, snooping noses cost two employees their jobs with looking at medical records of physician who was being treated for Ebola in Omaha.  Why do people do this still?  I know hospitals tell them there’s audit tables so they know they will get caught as the 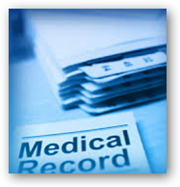 audit table are algorithms and not a human looking over your shoulder.  BD

Two hospital employees have been fired for illegally accessing the electronic health record (EHR) of a Massachusetts physician who was being treated for Ebola in the facility’s isolation unit.

The HIPAA violation was discovered by Nebraska Medical Center officials conducting an audit of their EHR system, according to a statement released by the Omaha, NE-based facility.

Richard Sacra, MD, contracted Ebola while working as a medical volunteer in Liberia. He was flown back to the US in September and was placed in a specialized isolation unit, one of only a handful like it in the country. The unit featured a remote monitoring system which allowed Sacra to communicate with his family members via videoconferencing technologies.