Jonathon Mayer, a computer scientist and lawyer at Stanford was kind enough to dig in and write up his explanation and he’s a smarter than me as a computer scientists and lawyer at Stanford.  I just included the image on his full report and and a couple lines that briefly tell you what he found out. If you visit his site you can read more details and links to his references used for his research.  You may have read an 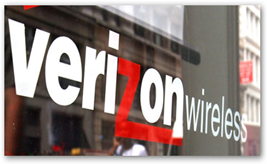 article about this in the LA Times as well.  The issues circle around the use of a (UIDH) a unique identifier header to allow Verizon to link to a website visitor to target advertising.  This was announced a couple years ago and now it’s coming full circle on how it is used.  As a matter of fact, SAP wanted in on some of this action too.  I wrote about that as well as they wanted to be the packager and do some analytics to make the data more valuable and split the profits with Verizon.

The UIDH allows tracking to where folks on the web.  a UIDH can allow any site de-anonymize you, now is that not great news.  In addition there’s a another article at ars technica that gives a few more details as they explored as well as the computer scientists from Stanford did below.  It all takes place in the Verizon Header and any website can track a user regardless of cookie blocking and you don’t need to be a client with Verizon.  It’s the “super cookie” use you may have already heard about.  The question is why is a super cookie still being used to sell it’s advertising and if one has opted out, then again, why is this super cookie still there?  Recently Verizon had to pay a fine as they forgot to tell 2 million people they were selling their data.  They didn’t get me on that one as I did get my notice there.

Verizon to Pay $7.4 Million Dollar Fine As They Forgot To Tell 2 Million People They Were Selling Their Personal Information For Marketing Purposes..Said It Was A Procedure Glitch–Killer Algorithms

In addition they are one of the big corporations that want developers to write on the cheap.  The one below from a couple years ago was a bit better than most I see out there but it was a couple years ago and now the offers are a lot less to write code for them and remember you have to win to collect so if you don’t win you have a lot time spent.

Verizon has a lot of different services going on here and we remember the hosting issues too with Healthcare. Gov that arose.  Now you can see why I’m such a privacy advocate as if there’s not one way to “code” skin a cat, there’s always another showing up.  With the “big” money made selling data this won’t stop and thus I created my campaign to get a law passed to require all data sellers to be licensed as we need an index as to who they are.  In addition a disclosure of what kind of data they sell and to who would be needed so consumers would have a look up when they need to go back and painfully fix the flawed data that’s appearing out there more and more.  Even this doctor below made a video about it, he’s in the know.

Orthopedic Surgeon Talks About Data Mining, Privacy, Medical Records and the Importance of the Doctor-Patient Relationship

If you like my idea, visit the campaign and kick in a few dollars if you like, as I said I have been working on it for 3 years with correspondence t

o the FTC and members of Congress to push this along.  It won’t stop data selling but would add transparency and when folks know they could be watched, they tend to behave better if others are watching and that’s the purpose.  Banks and corporations are making billions doing this and bad data gets the same price as good data, so don’t forget that.  Here’s the campaign below and there’s even more references on my updates with more links on credit cards selling your transaction data to your insurance companies too.  BD

Below is what the computer scientist said from Stanford and again click here to read it all at his site.

After poring over Verizon’s related patents and marketing materials, here’s my rough understanding of how the header works. In short, Verizon is packaging and selling subscriber information, acting as a data broker on real-time advertising exchanges. Questionable. By default, the information appears to consist of demographic and geographic segments.2 If a user has opted into “Verizon Selects,” then Verizon also shares behavioral profiles built by deep packet inspection.