There’s been a lot of talk about what we pay for drugs and is this not a disgusting revolution to find out.  Drug companies might want to think about looking at the “wealth” of the consumers who actually take the drugs.  When you take the fact that we are so low waged 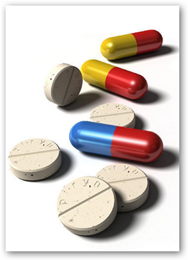 in the US, many are working two jobs and this is what drives the prices of the drugs we buy?  As middle class we can’t do a thing about it as the billionaires are screwing it up for the rest of us.

Now I understand there are a lot of poor folks in India too and they need relief and we may not get it as cheap here in the US but there’s a lot of room between $84,000 for a 12 week course and $1800 for a 24 week course which is what people in India will pay, or around $10 a pill!  The generics in India might even produce it at a lower cost as well.

At 100 million infected with hepatitis  there’s not a shortage of need for the drug by all means.  It’s going to be a while, like into the middle of 2015 before the people in India can get the generic version of the drug.

Now what else is going on with the price of generic drugs in the US?  Must be that fake “wealth” think biting us again as generic drugs are going up in price a lot.

The price that hospitals and pharmacies pay for a bottle of 500 tablets of doxycycline, an antibiotic is $1,849 in April and was $20 in October 2013.  A bottle of pravastatin, a drug to lower cholesterol is $196 and was $27, same time frame as above.  Even really low priced pills that used to be a few cents are now up over a dollar.  Congress is looking into this now and as we found out on 60 Minutes, drug companies can pretty much charge whatever they want, especially on cancer drugs.  Watch the report a the link if you missed it.  BD

The price of some generic drugs have soared more than 1,000 percent in the last year, and federal officials are demanding that generic drug makers explain the reasons for the increases or potentially face new regulation.

The increased use of generic drugs has been one of the rare success stories in national efforts to curb the nation’s $2.8 trillion medical bill, since generics have historically been far cheaper than name-brand versions. More than eight in 10 prescriptions are filled with generic drugs, according to the Food and Drug Administration. In the 10-year period from the beginning of 2003 through 2012, generic drug use has generated more than $1.2 trillion in savings, according to the Generic Pharmaceutical Association.