Home » Insurance » Medically Related » Other Items of Interest » CVS and Rite Aid To Stop Using Apple Pay and “Yes” It Circles Right Back To Corporations and Banks Making Money Selling And Collecting Data and Offering Ad Exposure..What Else?

CVS and Rite Aid To Stop Using Apple Pay and “Yes” It Circles Right Back To Corporations and Banks Making Money Selling And Collecting Data and Offering Ad Exposure..What Else?

This should come as no surprise and I kind of wondered myself when this would rear it’s ugly head being the privacy advocate this blog forced me to be:)  I say that as I never planned on being a privacy advocate but things happen and when you understand data mechanics logic and have spent over 20 years in outside sales, well the left side and right side of the brain unite to visualize the tech and data side, 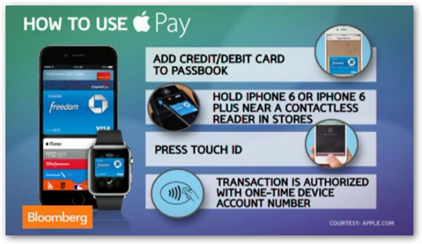 and then second, the marketing side my brain kicks in after that to think about how they are going to sell and market it.

In addition, CVS and Rite Aid are part of another group that uses 2D bar coding called the Merchant Customer Exchange.  2D bar codes work great for authentication and I was talking about that 5 years ago with Microsoft Tags and there’s a ton of posts on this blog as well on that topic.  So for a few days, Apple worked great and then it’s gone.  Apple Pay is a bit different in their configuration with the use of the one time tokens and they are addressing the idea of privacy.

But guess what, by using that methodology, the only ones getting the data to sell is credit card companies that “love” to sell your transaction.  There's quite  a market for that and it’s worth reading to see what this nutty hospital came up with too.  I pretty much figured a marketing and sales representative from MasterCard and Visa sold them on the idea that they “need” to see the patients transactions so they could check on them and save money.

These folks at MasterCard are really into this as selling credit card data helps offset the losses from credit card defaults by all means, have you noticed how much easier they are to get?  Think about it.  They did when they absolutely bragged about it and I blogged it twice.

Rite Aid was the first and then CVS joined in.  As you can see below there’s some other big names in the other group too, big retailers like Wal-Mart and Target that also sell data and make a lot of money.  Notice too that Google Wallet is also out of the picture too so of course there’s no data for Google either.  Again we’re back to the data selling epidemic.  As a matter of fact you should read this post from a couple days ago too about Verizon and the Computer Scientist who wrote up his opinion from Stanford.

Two years ago I called it a “date selling epidemic” and folks thought I was nuts but the epidemic is growing by leaps and bounds as it’s easy money.  Walgreens will still use Apple Pay but they have their own system set up for collecting your data already and make between one to two billion, with a “b” a year selling data.  You should see what kind of analytics are run at the Pharmacy Benefit Managers as well, all kinds of behavior analytics as they also try to predict if you will or will not fill your prescription.  United Healthcare, Optum, has a subsidiary that does that as well as Milleman to sell your prescription data and IMS  I would say is a big buyer there since they have about 90% of the world’s prescription records on file and they sell tons of data and scored analytics, with the data they buy.  IMS even had an IPO this year and bought up some other data sellers so tell me this is not an epidemic?

Time, location, and value of your financial transactions are still known to Apple and to your card provider, and to every other business they might share that data with.  Re-identifying information comes into play here with looking at data from Acxiom, Equifax, Experian or Datalogix.  Sometimes all it takes is just one more piece of data queried and you are re-matched.  If and when re-matching takes place depends on how much money they can make and the cost of the queries and algos to perform the functions.  If a customer does anything else in the store beyond a

purchase where there’s a log made or geo-tagged in a data stream, that can be cross-matched too, so there goes the security with protecting you from data sellers.

So in essence your Apple Pay transactions are not really private if other methodologies are employed.  Granted the process of the tokens keeping the data from being hacked is a great improvement, but the data sellers who are not there to profit from hacking, but rather from so far, legal algorithmic escapades can still generate a ton of data for sale.  Even Tim Cook said in his interview with Charlie Rose, that data selling should somehow be licensed and that is music to my ears as I have numerous posts about doing just that and started my campaign 3 years ago.  All privacy efforts have failed due to lack of data base 101, you need an index on who they all are and what kind of data they sell and to who.

The more complex and diversified the plans all become, the consumer looses as this is a lot to keep up with as it’s not only purchases, but health insurance, banking laws and so on are becoming so complex that the average consumer can’t keep up and we can always look forward to one of those think tanks like Pew or Robert Johnson to fill the news air waves with how dumb we are so the masquerade can continue and billions are made.  By the way on a side note, we have Walgreens also suing CVS and Rite Aid over mobile software patents too, so drug store wars are heating up once again and most if it is all about getting a hold of and selling your data.  BD

CVS and Rite Aid are among 220,000 U.S. merchants that already have technology in place to read the short-range wireless signals that enable customers of Apple Pay or similar services to make a purchase by waving their smartphones. The retailers weren’t among those specifically named as accepting Apple Pay when the iPhone maker revealed its system last month.

The drug retailers, which are part of a consortium developing a competing payment system, stopped Apple Pay last week, said a person familiar with the situation who asked not to be named. The website MacRumors.com earlier reported that the stores disabled so-called contactless payment systems, and Slashgear.com published a purported internal memo in which Rite Aid says it is instead focusing on the consortium’s system

CVS and Rite Aid are part of a consortium of retailers called the Merchant Customer Exchange that has been working on its own mobile payment system to help bypass credit card companies. The group’s system, called CurrentC, is in pilot tests in select locations across the country with plans for a national rollout next year, according to a statement on its website. Network members include Wal-Mart Stores Inc. (WMT), Lowe’s Cos. (LOW) and Target Corp. (TGT), the website shows.

“The one who enrolls is the one who controls” the data and the ability to deliver ads and offers, Crone said. “We figure that is worth $300 per active wallet user per year. To put that in perspective, that’s twice the gross revenue that a bank makes on a checking account.”