This is a great watch and lot of information from Cathy O’Neil, author of “Weapons of Math Destruction” and computer scientist Jaron Lanier.   Nobody is minding the shop as you can’t ask a machine for an appeal or know how the machine computed 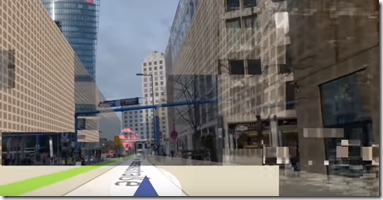 the results. “Engagement is just a sanitized term for addiction”…says Lanier.  “So when you are giving over control to an algorithm, it’s giving control to a company and until you get clear on that, you’re going to be taken advantage of”.  That being said, give some serious thought to all these healthcare organizations promoting “engagement” as well as banks, credit cards and so forth.

There’s a sector on a man being denied parole by an algorithm and nobody knows how it was computed.  There are cases where judges can’t overrule a decision for algorithms, and it frustrates all.  This is what I have to say about the big data business as relates to black boxes.  Also follow the plight of the “gig” delivery guy and watch for how that ends.

“The mathematicians and programmers begin to realize that the algorithms that are among all these automated decision systems are not neutral and may contain errors. Because the smart code may then decide more quickly than people, the results are not only sometimes defective, but sometimes downright dangerous. Should we be blindly guided by the decisions of the algorithm?

Where should they complain if something does not go as it should be? Legislatives are also emerging in

the judiciary. For example, an American prisoner had to sit longer than comparable prisoners because the algorithm, which establishes a risk score, gave him an inexplicably high outcome. And unlike the decisions made by a judge, it turns out to be virtually impossible to challenge the assessment of an algorithm.”

“Algorithms don’t just predict the future they cause the future…and are causing winners and losers…built by companies looking to profit”…Algorithms are being used to “commoditize” us.”

Big Data and Artificial Intelligence is not going to save us, the perception of this has turned out to be wrong.  Again this is a good documentary that explains what’s going on out there and how you might want to wake somewhere along the line.  I’ve been writing about the “Attack of the Killer Algorithms” for years.  At one one point a few years back I was over 60 posts tagged as chapters with real life examples.  I issued a warning of this back in 2012.

“This Call May Be Recorded for Quality Purposes”..Heck Not, Millions of Algorithms Have Been Turned Loose to Listen To and Analyze Your Voice When You Talk To Your Insurance Company As Algorithms Continue To Take Over the World…
Algorithms, Scoring Metrics, Privacy and more in today’s Healthcare business world–The Healthcare Algo Cartel

Computer Scientist, jaronLanier Explains How Big Data Is Used to Limit Our Freedom–The Value of Your Personal Data…