Well what’s not to say we’ll see more of this.  Yes indeed it’s getting complicated to get healthcare today.  We have the elite list and the cheap list it appears with insurance plan offerings.  I said a while back that there are armies of Quants hired from banks and other financial firms, i.e. high frequency trading companies who are now creating the models for the contracts and you see it more every day.  When you can take an insurance policy model and apply a Quant model on top of an actuarial model and check the impact on policies with stock, yeah they’ll do it.  It’s being done already.  Horizon of course is not alone as it’s all over the industry. 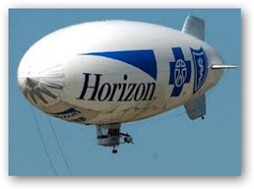 The ability to get healthcare and math models for profit are reaching some very interesting plateaus you could say.  Before you venture out and get care, you have to go to your computer and see if anything has changed as things do change rapidly and what was in network today could be out tomorrow or in a case like this, switched to another algorithmically created tier.  Math and healthcare are tied at the hip today with contracts.  The link below goes back about a year.

What’s even more interesting with all of the changes, CMS thinks fining insurers will make a difference-not.  It doesn’t work as this form of mathematically rating doctors and hospitals along with allowing access unfortunately looks like it’s here to stay as nobody will do a thing about it.

CMS Considering Fines for Inaccurate Doctor Listings, Not a Realistic Fix As Complex Doctor Scoring Algorithms Are Found At The Root of the Problem-Enter the Health Insurance Quants…

So with this story, we have Catholic Hospitals who are being placed in a tier that is out of reach for certain health plans.  If this is not proof of being able to get care based on what you can afford to pay, I don’t know what is.  What makes this even more interesting is the fact that Horizon held on to and used the old Ingenix calculations that were short paying doctors all across the country.  The formulas were still being used when other insurers, after being sued, discontinued the practice.  The Ingenix formulas were licensed to almost all major insurers and for a number of years provided additional income for United Healthcare until caught by then NY Attorney General Cuomo.

As you can read more below and at the link for the full story, the Bishops have sent a letter asking Horizon to at least allow the Catholic hospitals the opportunity to apply for Tier One status.  Life and healthcare is just one big lawsuit sadly.  BD

The hospital's attorney, Jeffrey Greenbaum, confirmed he filed an injunction in state Superior Court in Middlesex County asking a judge to prevent the state's largest insurance company from selling OMNIA Alliance policies that will offer consumers a 15 percent discount from their other products in 2016.

Horizon announced the OMNIA Alliance plans in September and described them as offering affordable and high quality care with a focus on preventing illness and managing chronic conditions. Other carriers, such as Aetna, also offered tiered networks to curb costs. But with 3.8 million customers, Horizon wields considerable buying power.

Horizon has stressed that it will continue to offer most of its existing plans – giving consumers a variety of choices, and Tier 2 hospitals and doctors plenty of business.

The excluded hospitals — many of them Catholic, located in cities or serve many uninsured and Medicaid clients — say they fear they will fall into economic crisis.