Home » Medically Related » Other Items of Interest » Technology » CVS Laying Off 150 Employees at Headquarters, Meanwhile at the CareMark Florida Ranch A New 500 Personnel Facility to Add Support for Mail Order Drugs In the Works..

CVS Laying Off 150 Employees at Headquarters, Meanwhile at the CareMark Florida Ranch A New 500 Personnel Facility to Add Support for Mail Order Drugs In the Works..

You can’t make this stuff up and of course this is a big push to save money and get more folks on mail order prescriptions.  That sector of CVS is growing and it makes money as you can refill prescriptions easier on an automated basis.  Insurers can get billed as soon as “the pills go in the bottle” so as a patient you get loaded up faster.  I used to watch this with my mother as she had CVS Caremark mail order drugs and she had drawers of medications with 3-4 month supplies all shipped in the big prescription bottles.  She was also a diabetic and boy the strips were way more than 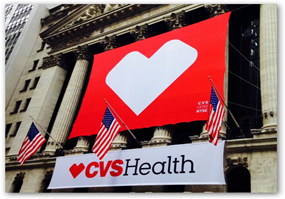 she needed as well and those too were sent in bulk.  Here’s the story on what’s happening in Florida.  So we have a minus 150 at the headquarters and a potential plus of 500 in Florida to focus on more mail order and data selling business.

“Officials in Orange County, FL, have awarded an incentive package to Caremark, a division of CVS Health, to bring in a pharmaceutical operation that could create up to 500 jobs in the county. County commissioners approved Caremark's request in a vote of 6-1. Caremark, which is headquartered in Rhode Island, plans to establish a support operation in Orange County for its pharmacies in the southeastern United States. The jobs to be created include 100 pharmacists and 350 pharmacy techs. The company would add 275 jobs by the end of 2016 and another 225 jobs in 2017. The incentive program requires the average salary of the new jobs to be at least 115% of the county's average salary of $42,604. Meanwhile, Caremark would be in line for $1.5 million in tax refunds from the state—or about $3,000 per job—with the county contributing up to $300,000.”

Let’s not forget the higher co-pay that CVS will use if you go to a store that still sells tobacco…keep reading and see what interests CVS has with alcohol below at the end of this post.  It’s like we have the fox guarding the hen house at times.

We knew their entire program was nothing but market

We all know CVS makes a lot of money selling our personal data as well.  It has to be going beyond the 2 billion a year by now as they keep expanding this all the time.  You can read about the IBMWatson partnership here, which is just about everywhere now as IBM has suffered 13 quarters of declining losses and their huge stock buy backs might be catching up to their financial engineering schemes.  IBMWatson by all means is not the only show in town with mining big data and running queries.

CVS and IBM Watson Project–Please Make It Stop-13 Quarters of Declining Profits for IBM, Is This Is What We Get, More Algorithms Biting Us Constantly So More Data Can Be Mined and Sold Resulting In Excess “Scoring” of US Consumers..

As another contrast, look at the money CVS is putting in the e-commerce data selling business..not one, not two, but three centers so they can figure out which area of the country can write the best algorithms to capture and sell more consumer data and soak into all of it on the web.  You can see Rhode Island was left out here and they went to Boston and the Silicon Valley instead for computer code to make more money for them selling our personal data.  New York was also mentioned as there’s a ton of code hosers there as well, look at the stock exchanges and there’s code hosers that used to work for banks and high frequency firms who can spin up algorithms to get more of your money as that’s what they have done for years.  There’s quite a few of those looking for work as banks continue with their layoffs.

There’s also a “war on cash” that exists with pharmacy benefit management too and I wrote about that a while back and CareMark is right in there with Express Scripts, Optum RX and a bunch more with not being able to find enough data about you and thus you get “scored” as an outlier by default who’s not medication adherence compliant with a metric of predictions that have nothing to do with taking meds.  I wrote this post after having a long talk with a pharmacists who told me what’s going on from their neck of the woods and how it impacts their jobs and pay for performance.  These “pharmacy techs” now employed by the groves are becoming a massive area of decision making and even push pharmacists at drug stores

I had the same pharmacist tell me about dealing with CVS techs and almost demanding that the drug store put the patient on automatic refill, stating a conversation with the patient had taken place with getting the patient ok.  Having been burned on this a few times, the pharmacist replied “no” and said that a call to the patient first would be the appropriate line of action versus taking the word of a CVS tech that the patient had said ok.  If you go back a little bit on this, CVS got in hot water about this exact same topic at the drug stores a while back with giving pharmacists “quotas” to meet on converting prescriptions to CVS from other pharmacies.  Some good journalism exposed that story with internal CVS emails.  We should also remember that Nancy Deparle, the White House chief architect for Obamacare sits on the CVS board with shares of stock and makes some money there as well.

CVS also kept losing pain reliever prescriptions in California and were under the heat on that charge as well. 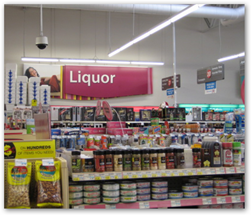 In addition, we had the DEA raids in Florida a few years ago that closed a couple CVS stores and brought on a case with their drug distributor, so it is interesting that Florida once again is being chosen for a new CareMark distribution facility.  They make money selling drugs and filling prescriptions by all means, either in the stores or by mail order.

So it appears via automation or whatever criteria used by CVS, that their profits and money makers are located outside of the corporate offices for now.  We don’t know exactly what areas in the main office were impacted.  By the way in an unrelated story, CVS in California under fire for selling homeopathic medicine that was just basically alcohol and water at their stores.  A woman drank 6 bottles of the CVS Constipation Relief medicine and got drunk in camera.  Maybe time for CVS to really look into what’s the shelves today as well?  If they video does not play, use this link to view at the site as it was having issues when I posted.  BD

The company has informed the workers it is eliminating their jobs in December, spokesman Michael DeAngelis said. Seventy of the jobs are at the company’s headquarters in Woonsocket.

DeAngelis said the cuts follow a “thorough evaluation process” and represent a small fraction of the company’s more than 200,000 employees in the United States, 7,000 of whom are in Rhode Island.