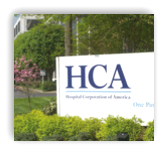 selling and marketing services to other hospitals and healthcare organizations.  Just recently they took on a new debt to pay owners and this is an effort to of course return money to their investors.

The current governor of Florida merged his company, Columbia Healthcare a few years ago and he left as the federal government was investigating the company’s Medicare billing practices.  HCA paid $840 million in both criminal and civil penalties for over billing in 2000.  Healthcare appears to be focused on deal making here rather than taking care of ill people.  In December of 2010 one of the hospitals owned by HCA endured a strike from nurses, again all about the quality of care received by patients.  This strike was also supported by Governor Jerry Brown and sanctioned by the LA Federation of Labor and a few others such as State Assemblyman Blumenfield.  When you see the news and current activities you can’t help but questions is it care or profits that have the priority. 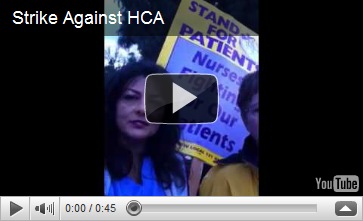 The private equity owners of HCA paid themselves a $2 Billion dollar dividend in November, so now with the IPO, there’s a reach out for gaining even more money for the current PE owners of KKK & Company and Bain Capital, LLC.  Again, I still find it amazing that the company that had one of the highest criminal pay outs in history gets one of their former executives and founders elected at Governor of Florida.  BD

HCA, the giant hospital operator that was acquired by buyout firms in 2006, is seeking to price its initial public offering at as much as $30 a share when it begins its presentation to investors next week, people briefed on the matter told DealBook on Friday.

HCA was acquired in 2006 by a group led by Kohlberg Kravis Roberts, Bain Capital and Merrill Lynch’s private equity arm. The company is a giant among American for-profit hospital operators, running 162 hospitals and 104 more surgery centers in the United States and Britain.