This should be ruled trickery as that’s what it really is.  When you read the snip from the press release on Neurotrack, this is a “risk assessment” tool and not a diagnosis tool as they would like you to think.  This is software and there’ no genomic technology at all here in looking for markers.  A lot of software is getting called “cognitive” technology that somewhat grays the lines of the perception of the average consumer.  Look at the money raised here.

This is not a tool that will diagnose one for for Alzheimer's, it’s a software program that will make measurements on eye behaviors that will come up with a “risk” assessment value that can be scored and sold for money.  How risk assessments do we as consumers have tagged to our backs?  Probably more than you could ever imagine as many are secret as you don’t the score exists and maybe not even when you were scored and what data was used.

Guess what, this will be a money maker for selling your risk assessment for Alzheimer's and in time with

incestuous marketing and convincing insurance companies that it will help them with underwriting policies, we’ll all have a “score” for this.  Read the clip below and you can see it’s yet one more assessment to get into monitoring diet, exercise and so forth.

“Neurotrack’s cognitive health program is a multipart intervention, built on lifestyle recommendations in diet, exercise, cognitive training, sleep and stress management that have been shown to prevent decline and improve cognitive scores in people at risk for impairment.”

Again, this is not a diagnosis for Alzheimer's, but rather just a “risk assessment”.  All you have to do is watch the news and there’s lots of these so called cognitive programs out there for depression or whatever and they are the same thing, risk assessments.  Here’s an article in Venture Beat that is calling this product a “diagnosis” tool.

If you don’t think there’s a ton of marketing here, read this statement and again I call this a “junk science” statement as nobody can predict such numbers and it’s like something you read published by the McKinsey company who always used the “T” word with relating to money.  If you have Alzheimer's, statements like this tend to allude to the fact that you could be a financial burden to the world if you will.  Another article that was in Wired Magazine said Alzheimer's was going to bankrupt the world..so come on with the marketing, ok?

“The costs of Alzheimer's disease are enormous,” said Kaplan, “$200 billion today and projected to be in excess of $1 trillion by 2050.”

This product is for “risk assessment” and not a diagnosis.  Pharmacy benefit managers too would love to have this data as well as they look at all kinds of risk assessments on us today.  I’m not saying the software is useless but for goodness sakes, call it what it is and don’t mislead the public.  In addition, we have the company creating software for cognitive health that nobody will use either, as people don’t work this way and I’ve written about the world of broken software models that are pushed on consumers for the sake of making money and it goes beyond just healthcare.  This companion program is going to be nothing more than a digital wellness program, and gosh knows there’s jillions of those that don’t get used.

Actually there has to be a real good reason to administer this cognitive test and not just start “scoring” everyone to save the world from bankruptcy too.  We do have a real big problem with Silicon Valley thinking we want to walk around with a load of risk assessments, like a ball and chain and that’s about what they are doing and some of it is very Orwellian.  The developers and VCs would wish some of the technology they fund on their own mother.  At the link below I address this epidemic of Excess Scoring of US Consumers for Risk.  In addition, the World Privacy Forum a couple years 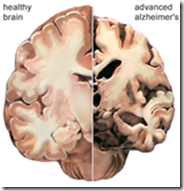 ago put out a report called “The Secret Scoring of America” which is very good and goes into detail on Medication adherence predictions and how flawed and horrific those numbers are.

Many insurance companies now have what they call a “cognitive” evaluation for seniors that are insured and it’s a fair test and basically is question related, but the deal here, is this company working to ride on those coat tails and want to include even more risk assessments like this at that time?  I think the genomic research is a much better science and avenue to go after in this area when you want to look at Alzheimer’s risk, as you have some real science there and not just the action of your eyes compounded with a computer software program for wellness as this offers.

Again as consumers we all don’t want to have to carry a unneeded risk assessment around needlessly if we don’t need it and the drive for profits for such a program like this will be there as the data scoring for profit continues to mature in the US.  I use the word “mature” as we all know there’s bit touch of Orwell in how cognitive assessments are both perceived and used today. IBMWatson is going after anything that moves to call it “cognitive” as they have had 13 quarters of lost sales and too many buy backs and thus their push goes beyond what some technologies are beneficial for as they want data scores to sell.  I often wonder what IBMWatson is doing with their install at Citibank, scoring consumers with behavior analytics to see who won’t notice a few extra fees, that’s cognitive too.

So again, let’s focus on the proper perception and stop referring to “data risk assessment tools” as diagnostic tools.  It’s an awful disease but let’s not over risk assess and burden people with that worry that will never develop it. BD

PALO ALTO, Calif.--(BUSINESS WIRE)--Today, Neurotrack has announced the release of its first product, Neurotrack’s Imprint™, a digital cognitive assessment test that will enable earlier and more effective evaluation of patients who may be at risk for cognitive decline and help advance research and treatment of cognitive diseases like Alzheimer’s. The company has also revealed the private beta of Neurotrack’s cognitive health product, a personalized lifestyle program that brings together the best scientific research shown to reduce the risk of cognitive decline and improve overall cognitive health.

Imprint™, the Neurotrack test, is a 5-minute web-based test that utilizes eye tracking technology to assess recognition memory and hippocampal impairment. The test is built on more than 30 years of research led by Neurotrack co-founder Dr. Stuart Zola, one of the country’s leading neuroscientists and researchers of cognitive decline. This research includes a five-year longitudinal study funded by the NIH, the results of which were published in the peer-reviewed American Journal of Alzheimer’s Disease and Other Dementias.