Home » Insurance » Medically Related » My Commentaries » Other Items of Interest » Pharma/FDA News » If You Are Insured by Cigna, Guess What You Have a New Pharmacy Benefit Manager Named United Healthcare

First question out of the barrel might be “how can that be”.  It’s really not too difficult to figure out.  A short while back United Healthcare bought a pharmacy benefit manager named Catamaran, and actually took on $10 billion in debt to acquire them.  This has been in the news for a while actually, so how did you end up with United Healthcare.  It’s easy, Catamaran is the Pharmacy Benefit Manager for Cigna, so when 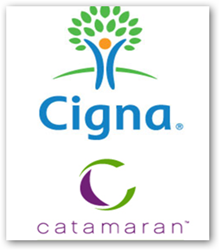 United bought the company, it became a subsidiary of United Healthcare, so there you go.  The company is now a subsidiary of the huge too big to fail health insurer, who actually gets 2/3rds of their revenue from insurance policies and the rest from selling software and algorithms for a big chunk of the other third.

United already has their own Pharmacy Benefit Manager called Optum RX and Catamaran is going to be merged together with them, so there you go.  In time the name Optum RX will be the only name you see.  Both Cigna and United are members of the S&P 500 and run stock buy backs.   So now, portions of your policy premiums can go to not one but two buy back programs…a two fer.  Last year in 2015 Cigna spent about $1.63 Billion in buying back stocks and of course United spent a bunch more than that as they are so much larger, although I read somewhere that United’s buybacks were reduced a bit to allow this acquisition of Catamaran.  If you keep up a little on stock news, then you’ll know how the S&P index has been diving and when stock buy backs grow to big dollars, well people lose jobs and things get cut, again all to allow the companies to buy more of their own stock back and give the CEOs a lot more money.

As a matter of fact, United’s CEO, Hemsley just joined the board of Cargill, and what’s one of their big focuses, pharmaceuticals.  All this starting to make a little more sense when you connect some dots?  Cargill is Minnesota's largest privately held company.  Cargill also offers farmers services and is the evil twin brother of Monsanto, so real place for Hemsley, right?  Just like Monsanto, Cargill feeds on family farmers and Cargill is the world’s largest trader of grains, the world’s largest privately held corporation.  If you ever have any doubt United is all about money, well what do you think now?

This might indeed have a lot to do with why Anthem and Cigna want to merge.  Neither company has an in-house pharmacy benefit manager and relies on 3rd party PBMs like Express Scripts and Caremark for their services, and some smaller PBMs that existing out there among the giants.  For Cigna, as it stands now they are pretty much “hooked” into supporting the PBM subsidiaries of United Healthcare.  It takes time and is expensive to change a few million patients over to another PBM and the rates United charges them can go up too.  Could be a big squeeze by United, which they are known for doing when the opportunities fall into their laps.  One merger and patients now get to support the stock of 2 health insurance companies.

Anthem and Cigna Merge, What’s In It For Consumers, Nothing Really, But There Will Be a Massive Data Mess of Analytics, Budgets, and You’ll Never Get An Accurate Listing of MDs in Network…

United Healthcare has already beat the crap out of Express Scripts in Florida in taking business away from them and moving it in house to Optum RX, which by the way is now the largest PBM in the country with the acquisition and merging of Catamaran, so United has 2 “large” credits to their name being the largest insurer in the US as well.

So you may have heard about Cigna pulling out of Florida for Obamacare insurance and it may have had something to do with this taking place and Optum RX taking over the pharmacy benefit management of so many people in Florida.  See how this worked earlier this year.

But when functioning with another subsidiary, United was not always a foe for Express Scripts, as Ingenix provided the algorithms for the company to begin this bogus “medication prediction adherence scoring”.  Here’s the link below and this is not to be confused with actual clinical records for monitoring, the prediction part as it is used now is pretty much junk very discriminating as the 300 metrics used have zero to do with taking meds.

This occurred in 2010 and now it has evolved to the next link below…this is flawed data and if you don’t have enough they can mine, you default to non compliant..great stuff right?  Do you have kids in the home..ding..they’ll distract you from taking meds, is your partner non compliant…ding their influence will rub off on you…see the screenshots right off their site.  Of course they are not alone as you have FICO, Caremark and many others doing the same stuff and probably using those old Ingenix metrics and adding a few of their own.  Of course, United, (Optum Insights, formerly known as Ingenix) probably has a gazillion patents on these more than flaky “scoring” processes that serve up flawed data all the time.

Check this link out too for more on the war on cash at the pharmacy too.  If PBMs can’t dig up enough data on you, again you 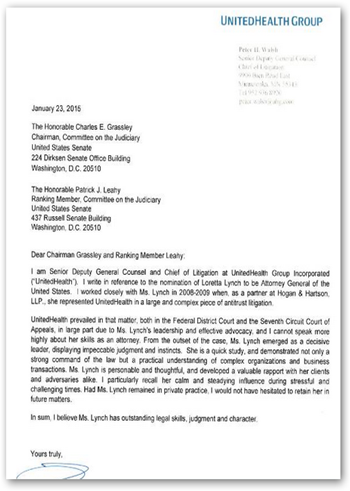 default to non compliant and now are labeled an Outlier as you pay cash.  This is very common with seniors as they pay $4.00 cash at Wal-Mart and are in fact no way non compliant, it’s just a data game to give drug companies more ammo to keep their prices high by blaming consumers, doctors and pharmacists for being bad boys.  It’s a joke, but the perception deception joke keeps working as the media taunts is with it all the time.  I get tired of reading the articles that are so bogus with promises of saving money with compliance as nobody can put a precise dollar on it, so blank those stories out as they are usually some form of news rigging and astro-turfing.

So what do you think?  You premiums get to help support not one buy two health insurers and truckloads of false consumer medication adherence scores.  The scoring is all about selling your data.  In healthcare, United is the #2 data seller in the US as it’s more than just insurance and prescriptions, as they have over 350 subsidiaries they operate.

Here’s yet another reason for Cigna to maybe want to be a little less close to United…look at this new subsidiary and they want to buy up doctor practices all across the county and look what the raised to do this..another $36 million.  There’s around 350 urgent care clinics already.  Will the Optum/United Pharmacy Benefit Management be connected here, you bet it will be as it’s easy money to capture some more drugs and data to sell.

Mayo likes Optum and is an Optum Labs member and now is outsourcing all it’s revenue cycling to them as well.  So hospital folks get fired and hired back at less pay and fewer benefits, or a degradation of benefits.

Last but not least, all this will just keep on happening as we’ll never get any help from DOJ Loretta Lynch as she used to represent United Healthcare with Anti Trust Lawsuits, so how’s that for the kicker at the end of all of this?  See the image of the letter

United wrote to Grassley to make sure she got approved.  You almost have to laugh at when she says she’s going after Wall Street bankers who are indeed much smarter than her and can code her right under the table with her using legal verbiage only, been going on in this country for years.  The code hosers are in control.

So anyway, there’s some big news for all you folks with Cigna Health Insurance policies and a bit more on how the big gun United operates with over 350 subsidiaries, and by the way who also owns a bank with a few billion on deposit.  You get a health savings account and then the bank gives you a Master Card to use to dump it all out and create even more data about you to sell.  Check out this subsidiary…dialed in to the FDA too and some low income housing investments here.

It just doesn’t seem to get any better with United and now the CEO sits on the board of Cargill, as I said above, the evil twin of Monsanto.  Sorry to rain on the parade of all those insured by Cigna but maybe things will change early enough bit it’s a flipping 10 year contact Cigna signed with Catamaran so you may be stuck with United doing your pharmacy benefit management and selling your data for quite a while.  BD