Here we go again, back to those Ingenix algorithms and business models, getting a rerun of sorts of what occurred in 2011.  In 2011 there was one main lawsuit from the AMA along with many others that were filed (some being still settled) over using formulas that short changed doctors and patients on out of network chargees.  In addition, all other insurers who licensed and used the formulas were also drug 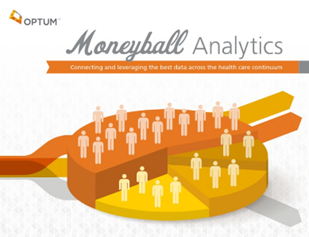 into court for settlements.  This was a big deal and now we have another lawsuit with again, other insurers being named for using the formulas of Ingenix once again.  Here’s a case that has not settled yet as an example and one that just recently settled.

Cigna Legal Case With Ingenix Flawed Formulas for Out of Network Payments Allowed to Proceed Under ERISA, Can’t Avoid the Claims…

A couple years ago Medicare said they were going to rerun the Medicare risk assessment scores, so there was no secret as to what was going to occur with an audit.

There are other lawsuits on the books that have not settled yet in other areas, like this one with mental health that could go to a class action suit too.

Here’s a back link to the big settlement by the AMA.  Again this is only one of many and at the time I was writing a series of blog posts called “The Attack of the Killer Algorithms and this was chapter 19.

If you missed this along the way, things go so ugly with the Ingenix name, United Healthcare changed it to Optum, which you see all over the place today, as they are buying up broke doctor practices and urgent care centers like they are going out of style.  There’s 2 sides to United Healthcare, one that does insurance and the other Optum side that’s buying up and creating software was well as consuming and acquiring companies that have anything to do with doctors.

So again with this new lawsuit, which was created from the efforts of a high ranking former United Healthcare executive, not just an employee, we are seeing the same process again, Ingenix algorithms and models followed to fiddle with risk scores, make patients look sicker and get more money from the government this time instead of doctors.

Express Scripts ended up at one point in time a while back buying the old United Healthcare pharmacy benefit business and acquired some software and algorithms in the process and in 2010 was bragging how they are going to predict if you will take your medications.  This flawed scoring still goes on today.

The entire lawsuit can be read here and there’s quite a few pages to the pdf to read.  Benjamin Poehling was the former high ranking executive that filed the whistle blower lawsuit.  It’s kind of uncanny that Poehling came from Arthur Andersen, where the current CEO of United Healthcare worked as Anderson’s CFO and all the Enron issues were on his watch.  Enron lead to the end of the Arthur Andersen auditing firm due to fraud.  Here’s a few quotes from the suit…

“United’s senior management push relentlessly to increase United’s revenue from risk adjustment. Tellingly, UHMR has assigned risk adjustment to its Finance Department, not one of its clinical departments. (Relator was assigned to his job despite having no clinical background.) In 2010 and 2011, UHMR has implemented projects referred to as “remediation plans”, “focus area projects,” or “affordability agendas” to increase IOI.

UHG engages in an aggressive and extensive effort to find a justification or pretext to submit risk adjustment claims for additional diagnoses—regardless of whether the patient had or was actually treated for the diagnosis in the relevant period by a qualifying provider. United’s program has some components that are broad-based, and others that target specific high value HCCs. As an overall goal, UHG attempts to reach each of its members at least once every two years through one of its programs designed to find additional risk adjustment claims.

Ingenix conducts chart reviews on behalf of UHMR, UHCS, and commercial clients. In the retrospective chart review process, Ingenix identifies provider charts to review and arranges for the charts to be collected. It uses both internal coders and also contracts with external vendors to review and code the charts. 129. These vendors review charts using a blind review. In a blind review, the reviewer codes every

condition he or she identifies from the chart without knowing what codes the provider identified from the chart previously. Thus, the reviewer works from the raw chart material and reaches independent conclusions.

Under the COI program, United pays providers approximately $100 for each diabetes patient they assess for diabetes complications, submit a supporting diagnosis via a claim, and submit a medical record with matching documentation. In addition, it pays $200 for each doctor that receives training on the COI program and diagnosis coding. Recently, the COI program has expanded to other conditions that United suspects are frequently undercoded, such as chronic kidney disease (“CKD”), and chronic pulmonary disease (“COPD”).

United developed “playbooks” containing ideas for increasing its risk scores. These playbooks are garnering top-level attention at the company while the myriad problems with United’s risk adjustment programs and processes go unresolved. 195. United conceals the one-way nature of its risk adjustment programs from CMS and even its investors. For example, United’s remediation plan for 2010 that sought to increase IOI by $800 million allocated $100 million to “Project 7.” Project 7 was United’s codeword for initiatives to increase risk adjustment payments. The company used a codeword (as opposed to “growth,” “enrollment,” or “claims”) because it did not want CMS or other investigatory government agencies to know it had a campaign to claim an additional $100 million through risk score increases.

United customizes its kickbacks depending on the nature of its overall reimbursement arrangement with the provider group. The providers United chooses to pay additional amounts for increased risk scores are those that do not already have an incentive to upcode diagnoses. United uses three basic payment structures for its providers: (1) percent of premium capitated providers, which receive a percent of United’s CMS premiums for its patients; (2) “fixed” capitated providers, which receive PMPM payments from United that are not tied to United’s CMS premiums; and (3) feefor-service providers, which are paid based on the claims they submit to United.”

If you made it through those paragraphs you can easily see how complex insurers have made medical billing for sure.  Once again we come back to the business models of Ingenix and some of the automation in the IRAD data base to work these claims.  Here’s another billing subsidiary United bought, again we’re talking coding and billing here.

I talk too about the United/Optum incest at times too with HHS and CMS and here’s a blast from a few years ago…this was the beginning of pushing “population health” that all know the term and nobody really knows what it does half the time to even include vendors of the algorithmic processes.  This is where the government bought yet another United Healthcare model.

Simon Stevens, who is now running the NHS and worked at United Healthcare a few years ago had this to say…

Former Acting director of CMS, Andy Slavitt claims Simon is a good friend of his and let’s not forget that Andy Slavitt was the CEO of Ingenix when a lot of this was going on.  Larry Renfro came in later from his executive position at AARP to run the Ingenix show.

United Healthcare sure seems to be lining up some big executives as well with last year hiring the former CEO of Stanford University Healthcare to work for United as a VP and recently in the UK, Optum hired Nick Seddon, who worked for David Cameron as his special healthcare adviser.  There’s a group in the UK that is also bringing attention to the fact that one company, United/Optum has been taking over way too much ground and is not leaving enough competition out there with other countries.

The entire suit takes a while to read but there’s a ton of detailed explanations as to what United and other insurers taking advantage of their consulting and billing services are accused of.  Again, do leopards change their spots?  Here’s another suit you might want to read about…it just does not stop when you have complex built algorithms that can spin around faster than you can take a deep breath to score and stick you with more risks than you ever dreamed of, all for the sake of making money from the government.

Feel free to search this blog, there’s plenty of information like this written since 2008 on how companies cheat with computer code and algorithms…BD

United Healthcare, the largest provider of Medicare Advantage (MA plans) services, is being sued by the Department of Justice (DOJ) for fraud. To give you a sense of United Healthcare’s size consider that just their third quarter revenue was $46.3 billion, up 11.6 per cent from the same period a year earlier, and the bulk of the growth was billing services and data analysis for healthcare groups, which ws up 34 percent since the beginning of 2016.

Medical charts, the primary source of diagnostic data were reviewed looking for incremental increases but not for errors that would decrease the risk adjustment.  New diagnostic codes were submitted, but an erroneous diagnosis was not deleted. On a two-way street, “they do not look both ways.” And these reviews were profitable, a $30 cost for chart review resulted in an average of $450 in additional payments. Ingenix sought to find additional diagnosis by using data analytics to identify practices, where chronic conditions were underreported based on population prevalences or where a new diagnosis was suggested by medications patients were receiving. Here the physician was contacted with patient assessment forms (PAFs) to consider these diagnoses for the patient. Physicians receive a small fee for reviewing these PAFs. Ingenix also developed initiatives designed to get patients to visit their doctors each year. But wait a minute, these programs encourage physicians to screen patient’s more carefully and to encourage annual checkups.