Here we are again faced with keeping costs down and one more stipulation by health insurers to limit access based on numbers which are generated to show evidence based medicine.  We have one problem here though as that new products and procedures are approved by the FDA all the time, and many are minimally invasive so from what I read here, these are not being included and thus you may see new procedures that are cost effective too get left out.  It’s all about those cost saving algorithms that are not current with the technologies evolving and approved today by the FDA. 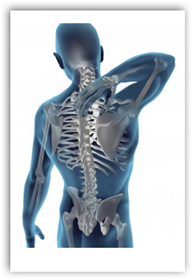 In the article it stated that Blue Cross could slash their administrative costs up to 20% by 2014 with this enactment, but again this is based on what is out there today and thus such figures are only as good as published today, which means in essence they don’t allow for growth and new technologies and in real meaning end up being pretty useless.  Granted these new procedures should be priced to where they are affordable too.  If you have degenerative disk disease, you are out of luck and will have to live with your pain.  I wonder if they will entertain stem cell injections as that is the up and coming treatment for spinal pain and discs.  Read the article below to where patients can already receive this treatment.

These new rules go into effect on January 1st with an approval needed before the procedure can be done.  Some issues such as scoliosis, back injury and tumors will still be covered so the diagnosis coding here is key and if you are not in one of those categories, it looks like the patient is out of luck.  Will Blue Cross consider this FDA procedure just approved in November of 2010?  Good question and and is minimally invasive too, good for the patient.

In the meantime another insurer has agreed to pay for minimally invasive spinal procedures as offered by FDA approved NuVasive.

Experimental But Laser Spine Is Ok With United Healthcare

It just all depends on who they cut a contract with as to what quality of care a patient might receive and this is getting worse, even with drugs and recalls as access is being limited to studies created to substantiate decisions.  Studies are based on running a series of algorithms that can produce either “accurate” results or in some cases “desired” results and the 2 are not always the same, look at Wall Street algorithms for that example.

Now back to stem cell treatment, we have no mention of items as such and again this shows only one of of focus and algorithmic formulas run to keep cost down with this treatment.  This is what you get with insurers that live and die by cost cutting algorithms.  I said this 2 years ago and I think really is beginning to apply as we don’t get to see the insurance company algorithms either as they are propriety.

Spinal Fusion surgeries are changing all the time and to use old methodologies to determine what is evidenced based is hard in this quickly evolving area of treatments and cures and the study mentioned here with projections leaves out new technologies 100% and will cost patients access to even potentially less expensive procedures based on making this policy move so I guess we have folks from the 70s working here too that only focus on cost and not intertwining care.  BD

The state's largest health insurer is coming under fire from surgeons across the country for implementing tougher restrictions on an increasingly common type of spinal surgery.

Blue Cross and Blue Shield of North Carolina's new rules, which take effect Jan. 1, are designed to reduce overuse of spinal-fusion surgery, a costly and controversial procedure to ease patients' lower back pain . The Chapel Hill-based insurer says it wants to ensure the surgeries are approved based on the latest medical evidence.

A coalition of surgeons representing nine medical associations, including the American Association of Neurological Surgeons and the North American Spine Society, wrote to Blue Cross this month, urging the company to reconsider.

The group also suggested various changes that would ease the new restrictions.

Wilson estimates that he performs about 100 spinal-fusion surgeries a year. Only a small percentage of his practice's patients would be ineligible for coverage under the new Blue Cross rules.

"Even if it's just a few patients, if we're limited in how we can help them, it doesn't sit right with us," he added.