on Twitter to find and determine their markets and trades.  If you are out there tweeting today, well you might be helping them out and you didn’t know it. <grin>.

Now if the folks doing the tweeting are not being honest, well you might the return that you want either so I am guessing this algorithm is going to be based on the fact that they believe most people are going to be showing and tweeting their real feelings and emotions.

What if government started doing this <grin>.  Might not be a bad idea.

Now this is different from another company called “StockTwits” to where you can actually watch and build a “Twitter strategy”.  Below are a couple screenshots that show this is an actual tool for tracing and the tool mentioned by the Hedge Fund is yet to be seen and who knows maybe they will end up marketing it. 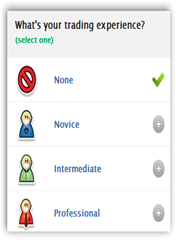 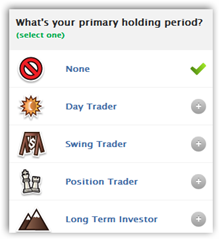 After you fill out some basic information then you connect it up to Twitter and start tracking.  I am not a finance person at all, just working the program here to evaluate how the software process works.  It found 7 people who follow me on Twitter and I’m connected with Twitter now so I have 7 friends on StockTwits so maybe even a geek like me could stand to learn something by participating.  Ok the twist on healthcare, is this going to evolve there next?  Just a question and something I pondered this evening as we never really know exactly where social networking will take us next.  BD

Well, you knew this was coming eventually. A new $39 million hedge fund will use sentiment analysis on Twitter to pick its trades, Bloomberg says.

The founders of the British hedge fund, called Derwent Absolute Return, say they have an algorithm that can analyze sentiments on Twitter and has been successful at predicting good trades