Basically I have seen the health reform create some real positives but this part where individuals are required to purchase insurance from companies that are actively traded on the stock market has been one area that leaves a bad taste in the mouth of many as to why should healthcare be tied to profits?  This is only one 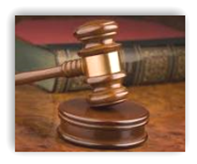 small part of the entire reform bill that has not kicked in yet and it is a ways down the road.  I think health insurance needs to be reverted back to non profit status and those who have big interests in technology should or could divest those from the basic portions that provide insurance.  With the bundling today of subsidiaries and who’s collecting, mining and selling data for profits, it makes sense.  This group of doctors saw the light a long time ago and keep working towards a single pay plan.

Why should premiums that I would pay go toward profits on Wall Street?  It doesn’t make sense as we can see all the algorithmic formulas in motion today to try to defeat the over all purpose anyway with such complicated formulas that everyone is complaining about, even the ones who like their insurance hate the processes and it creates side pools of companies who profit big time on the scoring and evaluation of human health analytics as well, money that could better be spent on care and preventive areas. It would certainly stand to create entirely new business models and allow for greater transparency if individuals didn’t have to worry about all the “scoring” and analytics and red tape involved just to get care.  Earlier today I suggested a route for consumers and those investing money to run those algorithms against the people they are trusting with their money, kind of turn the tables a bit if you will.  BD

RICHMOND, Va.—A federal judge ruled Monday that a central plank of the health law violates the Constitution, dealing the biggest setback yet to the Obama administration's signature legislative accomplishment.

In a 42-page ruling, U.S. District Judge Henry E. Hudson said the law's requirement that most Americans carry insurance or pay a penalty "exceeds the constitutional boundaries of congressional power."

He added: "At its core, this dispute is not simply about regulating the business of insurance—or crafting a scheme of universal health insurance coverage—it's about an individual's right to choose to participate."

Separately, federal Judge Roger Vinson in Pensacola, Fla., will hear arguments Thursday in a challenge brought by officials in 20 states, and he could offer the clearest indication yet of how he will rule.