Home » My Commentaries » Other Items of Interest » Digital Currency–Liberty Reserve Money Laundering Website–“You Can Do Anything With Software”, Until You Get Caught….

Digital Currency–Liberty Reserve Money Laundering Website–“You Can Do Anything With Software”, Until You Get Caught….

This is a little off topic but worth mentioning as this all took place on the web with criminal activities and as the article states there were some legitimate clients in here too who maybe saw the opportunity to transfer anonymous funds and didn’t realize how the whole thing operated, they just wanted no tracking.  This brings up an interesting question about Bitcoin too and how will it survive, grow or go away, who knows.  The entire issue here with working in a regulated environment with not being registered if I read this correctly.

It does make one wonder how much money did 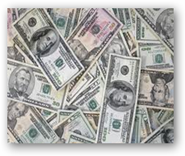 go through the system that will never be detected or found as well.  It also makes you wonder about the activities of HSBC and their money laundering issues t where they were laundering money for Mexican drug cartels and why they were not prosecuted?  It does make one question and ask about payment systems and to make sure it is not a money transmitter too.  You do wonder how many more of these types of operations are out there or how many will attempt to spring up in the future too.

In the search for privacy and being anonymous you can almost bet we probably have not heard the last as someone will be out there with some new model to work around the system.  For now Liberty is a closed case and website as the Feds cracked down and have indicted several of those involved and this appears to be the largest international money scheme in history.  How long before the next effort arrives, who knows but you can almost bet that it won’t stop anytime soon.  Scroll on down to the footer of this blog and watch the Alchemists of Wall Street Video as that is where the quote in the title came from here and see how math formulas and algorithms work in the legal system to move your money, as there are big issues here too, it’s all done with computer code and math.  BD

The founder of digital currency system Liberty Reserve has been indicted in the United States along with six other people in a $6 billion money-laundering scheme, in what authorities are calling the largest international money-laundering case ever prosecuted, according to documents unsealed today.

Dubbed the “financial hub of the cyber-crime world,” authorities say Liberty Reserve had more than 1 million users worldwide and processed more than 12 million transactions annually as the favored money-laundering service for carders, hackers and other cybercriminals in the digital underground who used it to transfer money around the world effortlessly and anonymously.

Liberty Reserve was incorporated in Costa Rica in 2006 and had at least 200,000 customers in the U.S., but failed to register in the U.S. as a money-transmitting service.

Although the service had legitimate customers, the anonymity it provided attracted a large clientele from the criminal underground who relied on offshore Liberty Reserve currency exchangers to move their ill-gotten cash in and out of the financial system.

Liberty Reserve is not the first digital currency to get raided by the feds. In 2005, federal agents raided the offices of Gold and Silver Reserve, the Florida-based company that operated E-Gold, the premier digital currency of its time.

Wednesday, May 29, 2013
My Commentaries , Other Items of Interest